20 years and still going strong! Did Sameer Nair, now CEO of Applause Entertainment who was back then in the year 2000 the programme head at Star TV, ever think that Kaun Banega Crorepati (KBC) would become such a longevous phenomenon? 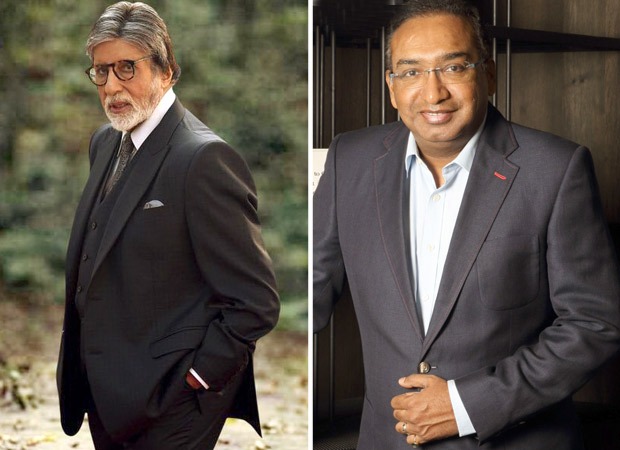 Recalling the beginnings of what turned out to be a masterplan, Sameer Nair remembers walking into the Bachchans’ home Jalsa armed with the VHS of Who Wants To Be A Millionaire, the original version of KBC. “Was I sure that it was going to be Mr Bachchan? Absolutely. I was absolutely sure it had to be Mr Bachchan. Only he had the clout to enter every household. At that point of time nothing else was certain. Would the concept work in India? Mr Bachchan himself was advised by everyone to not get into television. I left the VHS with him urging him to ‘Push Play’”.

This was in January 2000. After months of indecisiveness, Sameer flew to London with Mr Bachchan in April to witness the shooting of Who Wants to Be A Millionaire first-hand.

Says Sameer, “That clinched it. On the flight back, Mr Bachchan finally said yes and we were on. We erected a set for KBC identical to the one for Who Wants to Be A Millionaire. We didn’t cut any corners.”

Says Sameer, “We had a viewership of 25 million in 2000.It went up to 90 million on 2010. What KBC did was to reinvent Mr Bachchan’s image. It made him the household favourite in every family. He was the hero of the father and the mother. They introduced their hero to the son and the daughter of the family.”

Looking back, Amitabh Bachchan says he never expected the show to be so popular. “No never. I do believe, as do many that KBC has become a life-changing experience for many, particularly those that come from middleclass India. Living and sitting in the comfort of our individual metros, we are completely unaware of the conditions and the lives and the thinking of our own countrymen that inhabit the interiors and the rural regions of India. When these contestants find their space on this KBC platform, it is a dream like experience for them. The format of KBC is unchanged by protocol, and it cannot be altered, but it is the worth and value and participation of the contestants that brings variety each year to this show. They are the heart and soul of KBC. It is they that bring in the stories of their struggle, their challenges and their attitude toward it, their determination to bringing a life changing moment, their concerns towards morality and social impurities and of course the joy and happiness in their victories.

Somewhere, KBC has become a rallying point for middleclass dreams.

Says Mr Bachchan, “As I said it is most heartening to witness the boundless joy and happiness the winners express on their winnings! The cheque given to them is a dream-come-true for them. They first begin to count the number of zeros that the amount carries. They have never in their lives ever seen money of this value. Life for them changes within the course of an hour or less. It is quite obviously an unbelievable moment for them. 14 years is a long time to be associated with it, with approximately 600 episodes that I have been involved in, it does seem like the enactment of a lifetime, but I have never felt the years go by. I feel as excited about meeting different contestants today as I did on day one ... There are many contestants that come to the game show with great aspirations and expectations and if through the show and the game, we can give them an opportunity to become a game-changer in their life, it gives all of us great satisfaction.”

For Mr Bachchan every contestant matters. “The contestant that sits before me is the guest in my home. I would look upon them with the same care and attention that I would give to an invited visitor. If you are working at providing compassion, there is obviously something wrong in your demeanour, upbringing and your ethics. That is my belief and nature. If it sounds pleasant enough I am grateful and honoured.”

Also Read: Part of Amitabh Bachchan’s bungalow Prateeksha to be demolished by BMC