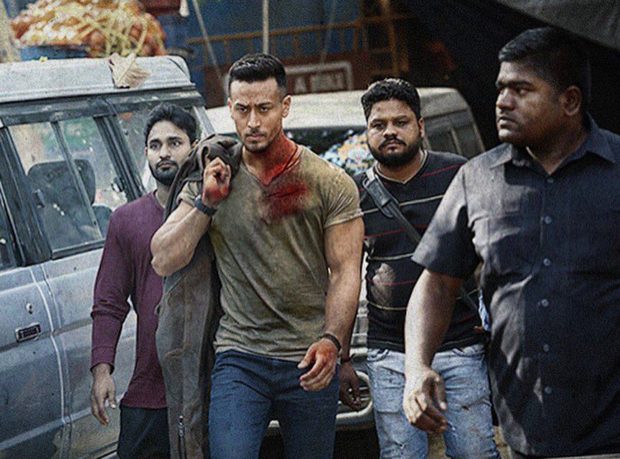 When the sequel to Tiger Shroff’s second blockbuster Baaghi was announced, the makers promised that the second instalment will feature high octane stunts and action better than the previous instalment. In fact, the actor too underwent some more physical training as a part of the prep for Baaghi 2 before the film went on floor. Now recently, he was spotted on the sets of the film and we must say he looked absolutely different from all his previous films.

It is a known fact that Tiger Shroff was supposed to chop his hair for Baaghi 2. Here’s presenting the look of the actor who not only looks intense but the blood stained look only gives us a hint of the gore and action we can expect from this second instalment. Spotted in this military cut look, dark stubble and an angered expression, Tiger was seen proceeding towards the shoot venue from his vanity van. And by the looks of it, we can definitely say that the actor is gearing up to shoot a rather powerful and quintessential action sequence.

While Baaghi also featured Shraddha Kapoor in a rather action packed avatar, it is yet to be known if Disha Patani in the sequel will be performing any high octane stunts. Although considering that the model turned actress has been a former gymnast, we believe that watching her doing some stunts would make for a great watch on the big screen.

Directed by Ahmed Khan, Baaghi 2 marks the third collaboration of Tiger Shroff with his mentor and producer Sajid Nadiadwala after Heropanti and the first instalment Baaghi (2016). Also, the film is all set to release on April 27, which incidentally also marks the second year anniversary of Baaghi release.