From a director to an actor to a lyricist to a singer, Farhan Akhtar has donned multiple hats over time. And the proud father is now thrilled to see one of his daughters follow his footsteps. For the uninitiated, Farhan Akhtar, who tied the knot with Shibani Dandekar in 2022, recently posted about a proud father-daughter moment on social media where he shared a video of his daughter Akira giving a live musical performance. 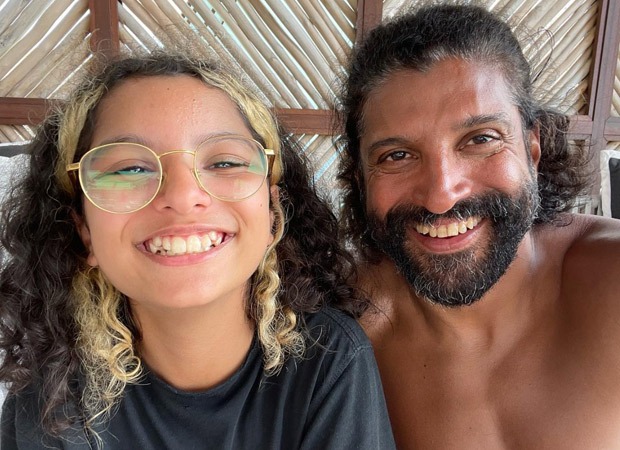 Farhan Akhtar, who is co-parenting his two daughters Shakya and Akira with his first wife Adhuna Bhabani, recently posted about a proud father moment, when he saw Akira performing live on stage. His second daughter seems to have taken a keen interest in music and reminds us of the passionate Aditya Shroff from Rock On. She was seen performing live in Mumbai on the popular track, ‘Don't You Worry ‘Bout A Thing’ by Tori Kelly. The proud father went on to share a heartfelt note along with it saying, “You’ve come a long way @akiraakhtar .. keep going .. the world is your oyster. ?? @shannondonaldmusic big hug (you know why) Shout out to the incredible band on stage last night @chaituontheroll @viviandsouza @rahulwadhwani29 @linfomation ???? #music #live #concert.”

Commenting on it, was none other than Farhan’s wife Shibani Dandekar who cheered for Akira saying, “what a (star emoji)”. Besides her, many of them from the fraternity like Farah Khan Kunder, who is Akira’s aunt and Farhan’s cousin, Farhan’s Excel partner Ritesh Sidhwani, former actress Amrita Arora, and Shabana Azmi posted comments on the video. Mother and former wife of Farhan, Adhuna Bhabani also dropped heart emojis, showcasing her love for her daughter’s performance.

For the unversed, Adhuna Babani and Farhan Akhtar officially announced their separation in 2016 and separated in 2017. On the other hand, Farhan and Shibani Dandekar tied the knot in February 2022 in an intimate ceremony at the filmmaker’s father Javed Akhtar’s farmhouse in Khandala.

Also Read: Farhan Akhtar to perform his album Echoes live at Musical Weekender in Mumbai: “First ever performance of my original English songs from the album”