Aishwarya Rai Bachchan is an absolute diva and there are no two ways about it. There can’t be anyone as beautiful, sexy and gorgeous as the Ae Dil Hai Mushkil star and this fact is now etched in our minds. She is timeless and like wine grows only lovelier with age. Last evening, first look of her upcoming film Fanne Khan was out and the internet could not deal with it! Well in the still, she struts like a total diva in this one and gives us strong Ae Dil Hai Mushkil feels. Look at her military jacket, black top, oversized glares and that gorgeous big, wavy hair! We know now that her role will be total glam and we can’t wait to see the first rushes of the film. 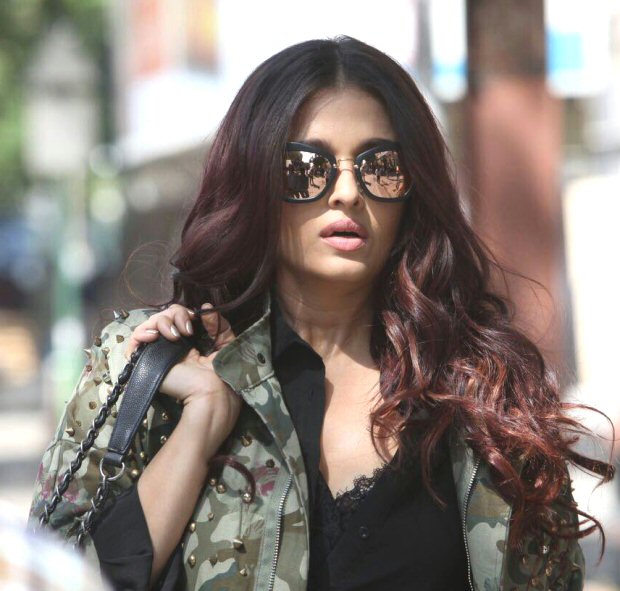 What do we know so far about Fanne Khan? For one, it is adapted from the Dutch Oscar nominated film Everybody’s Famous (2000) and involves a father going at any lengths to kick off his daughter’s singing career. He even kidnaps the exisiting singing sensation of the country. The film also has Anil Kapoor and Rajkummar Rao in lead roles. Now, we are totes excited to see Ash in the never before seen avatar!

Ash was last seen in Karan Johar’s Ae Dil Hai Mushkil as a beautiful seductress: Saba Taliyar Khan who romanced a much young Ranbir Kapoor in the film. Their Jodi was lapped up by the masses. We hope to see Aishwarya smoulder in the same way in Fanne Khan. Before ADHM, her films Jazbaa and Sarabjit did not do too well at the box office. We hope Fanne Khan is a commercial success.

The film will release on June 15 and clash with Salman Khan’s Race 3.