Sonam Kapoor has been reportedly dating Anand Ahuja for a while now. The couple is often vacationing or spending quality time together. Their love story is nothing less than a fairytale. Now, making it Instagram official on Valentine's Day, Sonam Kapoor shared a lovely black and white photograph with Anand. 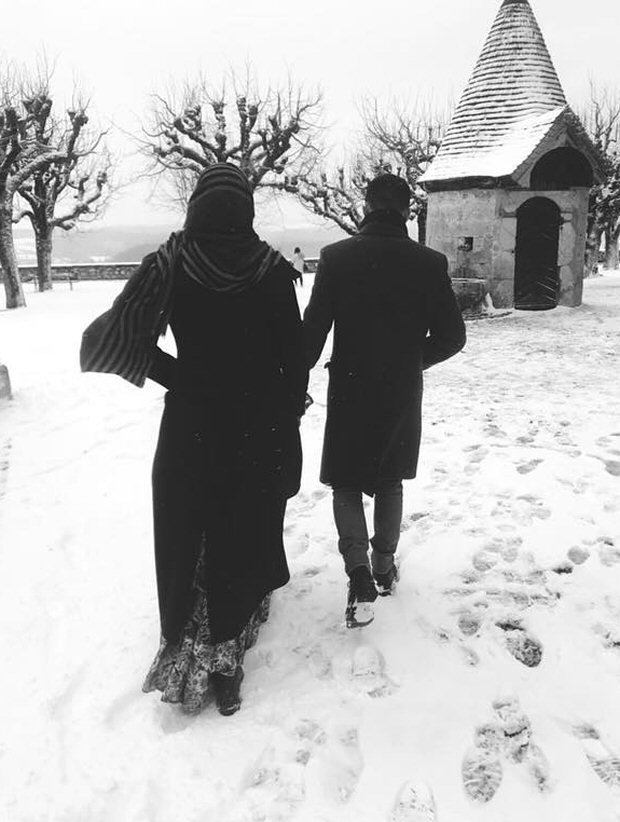 Sonam Kapoor wished everyone on Valentine's Day with a picture with Anand as they were walking hand in hand, enjoying the snow. It seems like a throwback photo from their London vacation during New Year. She captioned the image as, "Conquer the devils with a little thing called love." Bob Marley. Happy Valentine's Day! Everyone deserves to love and be loved!"

Anand Ahuja was quick to respond saying, "There's love and there's fear. You can't have one when you have the other. I'll never have fear again because of you. @sonamkapoor." 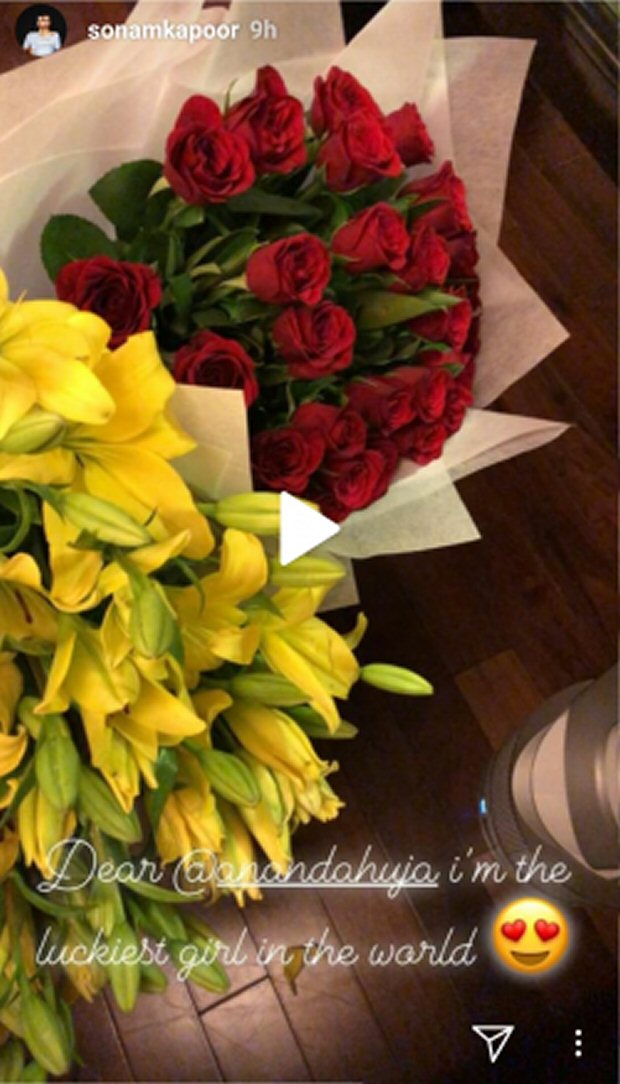 Meanwhile, late in the night, Sonam shared a photograph on her Instagram story as she received red roses from Anand. Sharing the picture, she wrote, "Dear Anand Ahuja, I'm the luckiest girl in the world.'

Anand Ahuja, who is the owner of a fashion label Bhane, has been reportedly dating Sonam Kapoor for over a year now. The couple does not like to acknowledge it in public but does not shy away from their social media PDA.

Meanwhile, on the work front, Sonam Kapoor was recently seen in R Balki’s Pad Man co-starring Akshay Kumar and Radhika Apte. She will be next seen in Veere Di Wedding with Kareena Kapoor Khan, Swara Bhasker and Shikha Talsania. The film, directed by Shashanka Ghosh, is all set to release on June 1, 2018.