Many celebrities took to social media to express their shock and extend their condolences when the news of singer K K’s demise spread like wild fire. K K has been the voice of many popular heroes in Bollywood and amongst them was also Tiger Shroff. The Baaghi actor, who is gearing for IIFA 2022, held in Abu Dhabi, spoke about his memories with the late singer in this exclusive video with Bollywood Hungama. 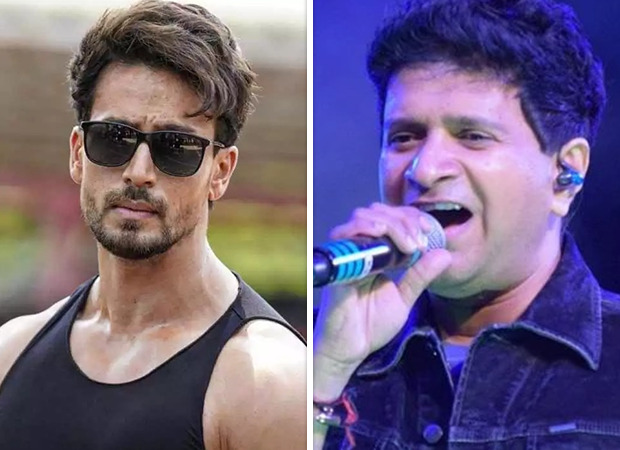 Tiger Shroff is currently in Abu Dhabi and will be performing at the awards night of International Indian Film Academy. Right before gearing up for the performance, Bollywood Hungama, exclusively spoke to the actor and here’s what he had to say about singer K K. When asked about what a tragic loss it was for the Indian music industry, Tiger Shroff also revealed about his personal connection with the musician. He said, “I have seen him and heard him through my entire childhood, you know. I've had the privilege and honor to you know, be the face to his voice in my own film, Baaghi 3. So I am grateful to have the honor and privilege to work with him.

When he was asked which his favourite K K songs were, Tiger Shroff added, “I'm not biased but I would say ‘Dus Bahane’ (Baaghi 3) and ‘Zindagi Do Pal Ki’ (Kites). Interestingly, the song ‘Dus Bahane’ in Baaghi 3 was a remake of the same song from the film Dus that initially featured Abhishek Bachchan, Zayed Khan, Suniel Shetty, Esha Deol, Shilpa Shetty, and Sanjay Dutt among others. On the other hand, the remake version featured Tiger Shroff and Shraddha Kapoor.

On the work front, Tiger Shroff was last seen in the Tara Sutaria starrer Heropanti 2. He will next be seen in Ganapath where he will reunite with his Heropanti co-star Kriti Sanon. Besides that, he also has the remake of Bade Miyan Chote Miyan in the pipeline.