Divya Khosla Kumar has returned to B-town with a bang. The actress has also been featuring in many music videos from the house of T-Series. She is recently promoting her music video ‘Designer’ with Honey Singh, and she has also flown to Dubai for the 22nd edition of IIFA. The actress was seen speaking during a recent press conference which was also attended by the to-be-host Salman Khan, in which, the superstar expressed his desire to work with Divya again. 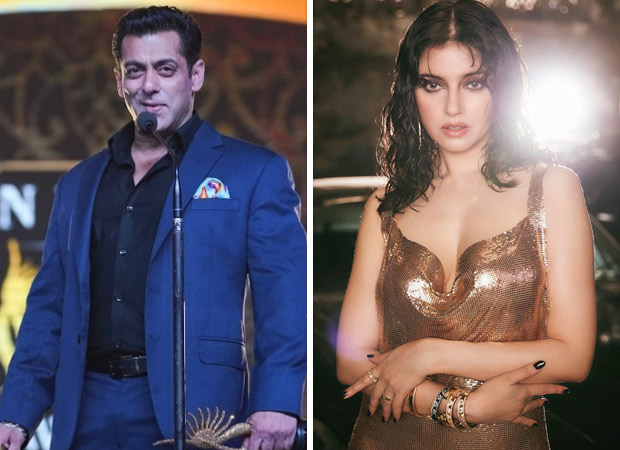 In a video that has been doing the rounds on social media, we saw Divya Khosla Kumar on the podium along with Honey Singh, as the duo spoke about their song ‘Designer’. During the chat session, the emcee at the event mentioned that Salman Khan wants to work with Divya in another song, yet again. He asked the superstar, if the audience can take his word for it and if they will get to see the two of them on their screens. To which Salman immediately replied, "One hundred percent!"

For the uninitiated, Salman Khan had featured in a music video titled ‘Honey Honey’ along with Divya Khosla Kumar in 2005, in which the latter plays the role of his fan.

On the other hand, fans of the Satyameva Jayate 2 actress can expect her to set the IIFA stage on fire. The actress was recently seen practicing on stage for her forthcoming performance.

The International Indian Film Academy and Awards aka IIFA 2022 will be hosting its 22nd edition in Yas Island, Abu Dhabi on June 2, 3, and 4. Several celebrities from the Hindi film industry will be setting the stage on fire with their performances including Shahid Kapoor, Kartik Aaryan, Ananya Panday, Nora Fatehi among others. While the main event on June 4 will be hosted by Salman Khan, Riteish Deshmukh, and Maniesh Paul, the IIFA Rocks event which will be held on June 3 will be hosted by Farah Khan Kunder and Aparshakti Khurana.