Last Updated 31.01.2023 | 10:08 PM IST
feedback language
follow us on
Bollywood Hungama » News » Bollywood Features News » EXCLUSIVE: Sharib Hashmi reveals that he was replaced by Kiran Rao just 15 days before Dhobi Ghat’s shoot: “I still love and respect Kiran ji. It was her vision and she wanted to stay true to it. I have nothing personal against her. But when I was rejected, I felt DEVASTATED”

Sharib Hashmi made his debut with Shah Rukh Khan-starrer Jab Tak Hai Jaan (2012). In a previous interview with Bollywood Hungama, the talented and jovial actor revealed that though he got accolades for the role, it didn’t translate into more film offers. Fortunately, for Sharib, he had Filmistaan (2014) in his kitty. This cross-border drama got him much-needed recognition. 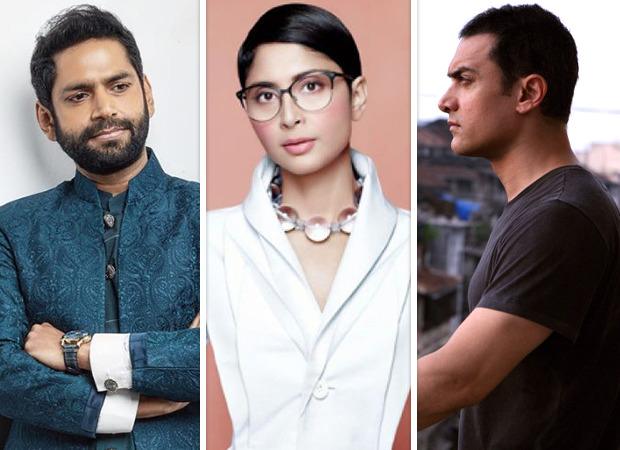 EXCLUSIVE: Sharib Hashmi reveals that he was replaced by Kiran Rao just 15 days before Dhobi Ghat’s shoot: “I still love and respect Kiran ji. It was her vision and she wanted to stay true to it. I have nothing personal against her. But when I was rejected, I felt DEVASTATED”

In an exclusive interview with Bollywood Hungama, Sharib Hashmi reveals his life after Filmistaan and also, for the first time, opens up in detail about how the Dhobi Ghat (2011; starring Prateik Babbar, Aamir Khan and Monica Dogra) experience was a turning point in his life.

During the release of Filmistaan, there were reports that Nikkhil Advani had signed you…
So, after Filmistaan, things changed and also didn’t change! I had signed some very interesting projects. One of them was indeed Nikkhil Advani’s film. I was going to play the lead. But that film got shelved. Then, Samir Karnik, of Yamla Pagla Deewana (2011) fame, signed me and Manoj Bajpayee for a film. It had a terrific script. This film also couldn’t be made. Then there was one more movie for which we shot for 2 days and it got stalled.

Was Salman Khan involved with Filmistaan at some point?
He wasn’t involved. We had shown him the film and he had shown interest in backing it. But due to some reason, it didn’t materialize.

You have also been a writer and have written films like Mitron (2018), Notebook (2019) and Ram Singh Charlie (2020). It’s been a while since you have been a writer. Do you miss writing?
I don’t. Agar main miss karta, toh main writing chodta hi nahin! I was only acting in my life. I left my job to pursue acting as that is what I wanted to do all my life. I am the happiest when I am in front of the camera. But yes, I do enjoy writing. I’ll write something soon and this time, I’d like to direct as well! I started as an assistant director (with Hum Tum Pe Marte Hain; 1999).

You turned producer with Ram Singh Charlie. Do you plan to produce more films?
That depends on the storyline and what the situation is like. As of now, I am not compelled to do so.

What was your role in the prank TV show, ‘MTV Bakra’?
I used to act in it. After one point, everyone used to recognize Cyrus Broacha. So, they had to cast different actors. I was the ‘gharelu actor’ for MTV. If there’s any requirement, it’ll be like ‘Sharib ko bhej do’.

Your father was in the media. Could you tell us about him and your childhood?
My father, Z A Johar, was a very well-respected journalist of his time. I got the acting keeda through my father’s profession and its connection with the industry. We used to stay in a chawl and a lot of stars used to visit my father, like Raj Babbar, Govinda, Farah Naaz, Gulshan Grover, Anupam Kher etc. There used to be a huge crowd outside our house. As a result, apne area mein main kaafi famous tha! I also got a chance to attend film parties, and previews. Hence, I got the desire to be a part of the glamour world. I want to be a hero. Jab main bada hua, tab mujhe laga ki aisa kuch hoga nahin. I felt that my personality is not apt for it and hence, I should not pursue becoming a hero. Then, I started as an AD. I also had a complex with regards to my height. It took me a while to get out of it. 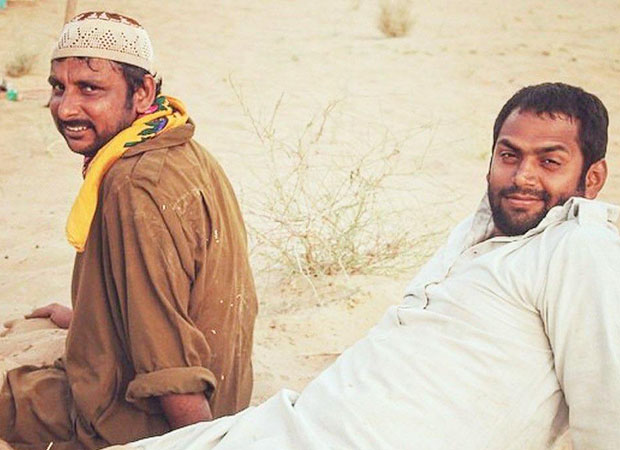 How did you bag a role in Slumdog Millionaire (2009)?
This is when I was in Channel V. While doing the job, I worked in two films – Slumdog Millionaire and Haal-E-Dil (2008). This was a time when I had not thought of turning acting into a profession. I used to not even look around for auditions. My friend told me to go for the audition for Slumdog Millionaire. I got selected for it. I took two days' leave, shot for my part and resumed work. I was happy with this arrangement, of being a full-time job professional and acting side-by-side

All this changed with Dhobi Ghat (2011). This was a time when I was working as Creative Head in Imagine Showbiz. Namit Das, who’s a great actor and a good friend, was the anchor with us. He had gone for Dhobi Ghat’s audition. He was asked to audition for the role of Prateik Babbar’s elder brother. He recommended my name. I did several rounds of auditions and then Kiran Rao offered me the film. The dates were finalized and even the costume trials happened. 15 days before the shoot, Kiran Rao called me and informed me that they saw my audition tape again and realized that I am not fitting the part. I suggested that I am ready to grow my hair or beard or go bald. It’s not like I was doing 4 films and that there’ll be continuity issues. She however didn’t budge. She apologized and assured me that she’ll work with me later.

This episode destroyed me. I cried a lot that night. The next day, December 1, 2008, I put in my papers. I served my notice period. December 30, 2008, was my last day at the office. I decided that I’ll full time get into acting. It’s not like I wanted to prove a point to anyone. A lot of people were against then. I was going to turn 33 in January 2009. I was married and had a kid. I was told ‘Yeh koi umar nahin hai acting start karne ki’. I didn’t pay heed to it. My wife was the only one who supported me completely.

Hence, Dhobi Ghat had an important contribution to my career. I still love and respect Kiran ji. She’s the writer and director. It was her vision and she wanted to stay true to it. I have nothing personal against her. But when I was rejected, I felt devastated.