Wiz Films' yet-untitled film starring Pankaj Tripathi, Sanjana Sanghi, Parvathy Thiruvothu, Jaya Ahsan, Dilip Shankar, Paresh Pahuja, Varun Buddhadev and many more have hit the floors. The film, an investigative drama with a heart-warming story of a dysfunctional family coming together, is being shot in Mumbai and Kolkata and is slated to release in 2023. 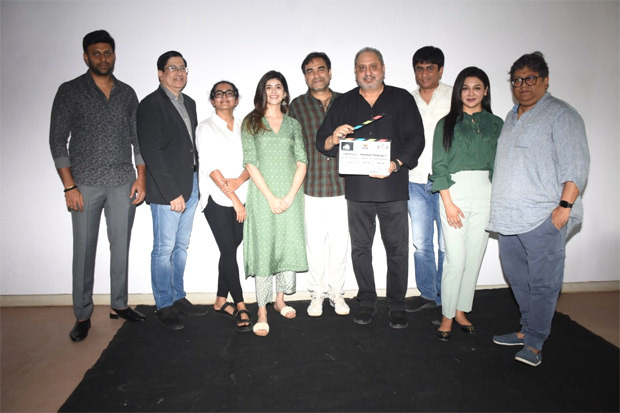 Wiz Films a global content production company spearheaded by Viraf Sarkari is all set to entertain and inspire people around the globe through innovative and powerful storytelling. It aims to produce and create original content that inspires people all over the world. As the film went on floors, Producer Viraf Sarkari said “This is our first feature film production and we are extremely delighted to begin this journey with a socially relevant film being put together by a multi-award-winning and talented team of actors such as Pankaj Tripathi, Sanjana Sanghi Parvathy Thiruvothu, Jaya Ahsan, our writer Ritesh Shah, DOP Avik Mukhopadhyay, & Music Director Shantanu Moitra. We are happy to partner with KVN & HT Content Studio as producers for this amazing film. This is just the beginning. Await more outstanding films from the house of Wiz Films.”

The film will be directed by Aniruddha Roy Chowdhury – a National Award-winning filmmaker who always has the urge to tell a story in a different and edgier way and will soon start shooting with a powerful ensemble cast. Speaking on the occasion Aniruddha said, “I am happy to do this film that has a story layered with intrigue which reveals itself over time. How faced with odds, people come together to form a strong unit. I am happy to collaborate with Wiz Films and an eclectic cast like Pankaj Tripathi Sanjana Sanghi Parvathi Thirovothu Jaya Ahsan and Paresh Puhuja along with cinematrograapher Avik Mukhopadhyay writer Ritesh Shah music director Shantanu Moitra and editor Arghyakamal Mitra. I am sure Viraf and I will have a great journey together.”

Pankaj Tripathi, known for pulling off any kind of role effortlessly said, “There are three reasons why I agreed to do this film. First, I've read a lot of scripts lately, and this one was one of the most amazing ones. Secondly, I've always wanted to work with Aniruddha Roy Chowdhury who is a very fine director & thirdly, Wiz Films is a fantastic production company and I hold the partners in the highest regard.” 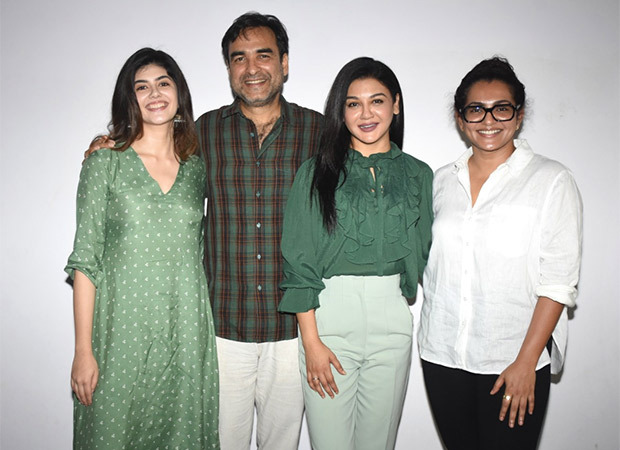 Sanjana Sanghi said, “It was that rare moment every artist craves for, to hear a story that you resonate and connect with so deeply & instantly, and one that reminds you why you became an actor in the first place. To be collaborating with Pankaj Sir in our father-daughter drama directed by Tony Da, and spearheaded by Wiz Films and HT Content Studios is a confluence of many beautiful forces and such an incredible honour. I can’t wait to bring our pure yet complex tale to our audiences”

Parvathy Thiruvothu said, “I feel it’s a massive opportunity for me to dismantle and unlearn because I’ll be working with Tony sir and Pankaj sir. That’s always an amazing and scary process so you need people you can do a sort of trust fall while you create a character so perceptive. That’s the best part for me about joining the team!”

Jaya Ahsan adds, “This is my first film in Hindi and my character is an integral part of the film. When this offer came to me from Wiz Films I was thrilled and said yes immediately because Aniruddha Roy Chowdhury is the director, and I have Pankaj Tripathi as one of my co-actors. I always wanted to work with Aniruddha and Pankaj and getting them together and that too in the first Hindi film doubles the delight. I am excited for the shoot to begin"

The story which has been jointly written by Viraf Sarkari, Ritesh Shah & Aniruddha Roy Chowdhury is being produced by Wiz Films, KVN and HT Content Studio. It’s a Wiz Films Production in association with Opus Communications.

KVN from KVN Productions, a production and distribution company, said, "We, at KVN Productions, and Wiz Films are extremely excited to collaborate and produce a wonderful film directed by the supremely talented Aniruddha Roy Chowdhury. We are very happy that our first Hindi feature film will be featuring one of India's finest actors Pankaj Tripathi."

Mahesh Ramanathan, Producer & CEO,- HT Content studio who forayed into the exciting world of film and entertainment content to produce mainstream Hindi feature films as well as series and films for digital OTT platforms, for today’s audiences and the millennials said, “Aniruddha Roy Choudhury builds on his forte of exploring socially relevant themes with honesty and promises to deliver another impactful film that would entertain audiences while the message hits home. HT Content Studio is delighted to produce this film with the superb Wiz Films' team & KVN Productions having assembled a dream cast toplined by powerhouse actor Pankaj Tripathi, the very promising Sanjana Sanghi and a standout Parvathy Thiruvothu. From a team that has won over 12 National Awards and delivered box office -cum- digital platform successes audiences can expect a film that stays with them”

Co-Producer Shyam Sunder from FIRST STEP MOVIES said, "As WIZ Films is taking their first step into production and a South Indian giant like KVN is talking their first step into Hindi cinema, I am simply exhilarated to work with the two. I was a part of the film 'Run' which happens to be the debut of our brilliant actor, Pankaj Tripathi. I am super excited to collaborate with him again. Looking forward to working with the multiple National award-winning Filmmaker, Aniruddha Roy Choudhury, his entire team and the grand cast of very fine actors."

Co-Producer Indrani Mukherjee said, “Am so glad to be associated with the new venture of Wiz Films. This film explores the nuances of a father-daughter relationship – its shades and sharp edges and how familial love is so often complex, especially in the face of crisis. It’s about how even the closest of relationships are strained but eventually rally when people stand by each other. I’m excited to be working with a wonderful cast and crew, one of the finest in the country. They come with a multitude of talents and empathize deeply with the story in every aspect.”