Kriti Sanon starrer Mimi was unexpectedly released on July 26, four days before its scheduled release on Netflix on July 30. The makers said that they decided to release the film on the eve of the birthday of the lead actor, Kriti Sanon. For Kriti, Mimi marks her first film as a solo lead. The film opened to largely positive reviews. Directed by Laxman Utekar, the film also stars Pankaj Tripathi, Sai Tamhankar, Supriya Pathak, Evelyn Edwards, Aidan Whytock, and Manoj Pahwa in pivotal roles. The film which is based on the 2011 Marathi language film Mala Aai Vahhaychy has been written by Rohan Shankar along with Laxman Utekar. After the release of the film, Rohan Shankar, who also penned the dialogues of the film, spoke to Bollywood Hungama about Mimi and his process of writing. Rohan Shankar is also the writer behind the films Luka Chuppi and Suraj Pe Mangal Bhari. 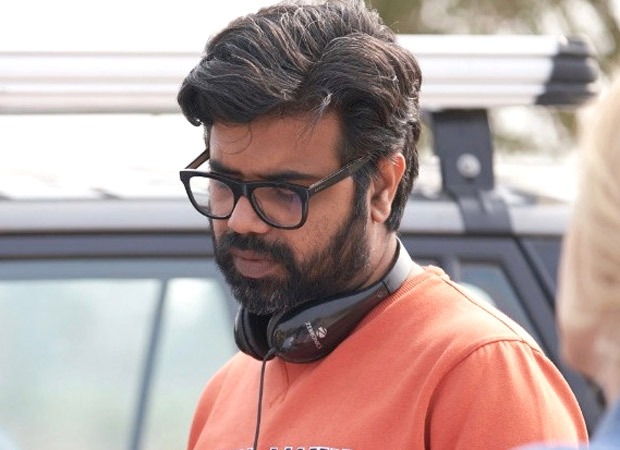 There was no particular reason to choose such a subject. Maddock had taken the rights of the Marathi film- Mala Aai Vhhaychy. So it so happened that Laxman Utekar sir once shared an interesting idea with me about an adaptation of that story, so I liked it and started working on it with a new approach.

Kriti Sanon has constantly exhibited extreme passion and confidence while talking about Mimi and was confident that it would surprise the audience. How important is it for a writer to get an actor who believes in the script to this extent?

It's very important for a writer to get an actor who believes in the script because at the end filmmaking is a collaborative effort, without the co-existence of dedication among the two, something like this cannot be made. It's also important because as a writer I had made a sketch for the actor and now it's the actor's duty to do justice to the role and without dedication and faith in the script it cannot happen.

How was it working with Laxman Utekar for the third time? What is your working equation like?

It always feels great while collaborating with Laxman sir. I have done 4 films and 3 of them are with Laxman Sir. I have learned a lot from him. Our understanding of how we work has become stronger since the day we started for our first film together. We understand each other so well. As a writer, I always feel that when a director understands your vision; it helps us to portray the script onscreen in the best manner.

The film is based on Mala Aai Vahhaychy which was released in 2011. When you make it for a different and larger audience in current times, what are the specific changes you focused on?

The original story had emotions in the right place. But when you are making a film for a larger audience in current times, you need to take care of the setting, dialogues and you have to frame your characters in such a way that people to a large extent can relate to the same. Indian audiences really like quirky characters and dialogues, so we had to make sure that everything from the setting to the dialogue, the humour, and the characters should be different from the former. So we adapted the story in our own way.

How do you write your characters? Do you derive inspiration from real life?

I always derive inspiration from real-life characters, so that the film or the project looks more relatable to the audience. Be it Luka Chuppi, Suraj Pe Mangal Bhari or Mimi, they are full of many characters which the audience encounter in their daily life. For example, the character of Pankaj ji in Luka Chuppi was very relatable, as everyone must have encountered some neighbour who always tries to nag people's homely affairs or someone who is a mast maula. Also, a friend like Shama in Mimi, who stands with us no matter what we do.

The topic of surrogacy and motherhood is very personal to women. While writing the script, did you also talk to women who have undergone surrogacy as part of research?

Yes, we made sure that we got all the facts correct. We did our research on the surrogacy laws, talked to some people about the experience of going through the procedure of surrogacy, and we also consulted a few doctors and gynecologists. When you are talking about a subject that would reflect on society you can't be superficial in showing the reality.

There have been discussions about how Mimi could have easily abandoned her dreams when she opted to be a surrogate to fulfill her dream of becoming a star. Your thoughts?

Sometimes, each of us may have to sacrifice something because of the conditions around us. In Mimi's condition it was more like either she has to live the phase of motherhood or she can pursue her dreams. And she chose to become a mother, and you can't deny that even if the child was someone else's but Mimi carried the baby in her womb for 9 months. So lastly, she realized that it was not easy for her to part from the kid.

You have penned stories on live-in relationships and surrogacy. When you highlight modern topics such as these with what intention do you write the stories. Is it for educating, entertaining, or reflecting on society?

I like writing on bold topics and stories. I love exploring new set-ups and worlds. I believe cinema is the most influential medium in the world. If I am getting an opportunity to make one, I would love to say a few things and introduce some new progressive ideas to the world through my writing, mostly in a light-hearted non-preachy way. But the thought should not be out of context or alien from the story. It should flow with the story.

What is the next taboo topic that you plan on talking about? What are the other kinds of genres you would like to explore?

My upcoming movie Helmet revolves around the topic of "condoms". I would really like to experiment with the horror genre in India.

Do you plan on taking up direction anytime soon?

I do have plans for direction but not at the moment. I am developing a story but again it’s too soon to talk about that.