Last Updated 28.11.2021 | 5:47 PM IST
feedback language
follow us on
Bollywood Hungama » News » Bollywood Features News » EXCLUSIVE: “My mother is upset, even I am but not enough to turn down offer from Bigg Boss,”- Jaan Kumar Sanu on his equation with Nikki Tamboli

Singer Jaan Kumar Sanu who was eliminated from the Bigg Boss 14 house early on was quite often in the news because of the bond he shared with co-contestant Nikki Tamboli, who still continues to be a part of the game. His on-and-off friendship with Nikki was one of the highlights of season 14. Recently, there were reports that the singer had been approached to enter the house once again as Nikki’s connection but he refused. In an exclusive conversation with Bollywood Hungama, Jaan opened up about why he refused to go back to the house and his current bond with Nikki. 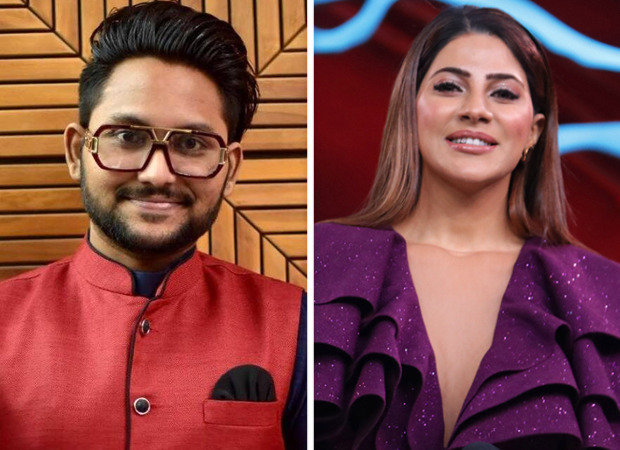 Jaan confirmed that he was approached to enter the house, but because of his prior work commitments he had to turn it down. "There has been a lot of work coming my way since I came out of Bigg Boss and it is all because of Bigg Boss. So we had the plan scheduled in December for the two music videos I am doing. We had planned the releases in December and the videos are coming out with the company Sa Re Ga Ma. I had fixed my date and given my commitment for the promotion of the song and press interactions. I was supposed to be here for the song promotion and because of it, the dates clashed. The Bigg Boss team wanted me to quarantine for a week and then enter the house for a week. So, till 14th Feb, it was difficult to manage my time as I had other commitments. After 14th of Feb, if they call me, I would not mind going back.”

When Jaan had refused to return to the house, it was speculated that it was because he was upset with Nikki. Talking about the same, he said, “That is all made up. The first article that came out about it, I read it and I don't agree with it. We had an entire discussion, me, my elder brother and my mother. We sat down and spoke about it. The concept was to support Nikki. There was no issue or something. There are things that need clarification. I don't think I will have a problem going and supporting someone because I'll be there for a week and it will be a plus for me. So there was no truth to me not going because of me being upset with Nikki. Yes, my mom is upset and even I am, not so much that I will turn down something like this just because I am upset. It's just the dates could not be accommodated and I could not make it. That's it.”