Actor Kartik Aaryan has finally revealed what actor Shah Rukh Khan whispered in his ear when they recently bumped into each other. The two were seen bonding at an event and were all smiles. The fans were excited to see the actors having a conversation. In an interview with Bollywood Hungama, Kartik revealed that SRK spoke to him about his latest release, Bhool Bhulaiyaa 2. 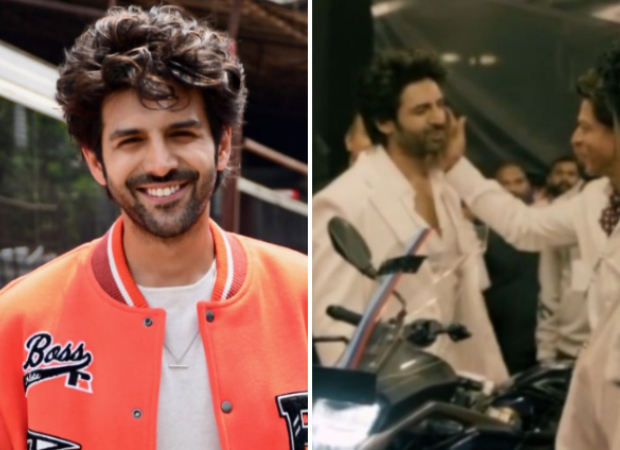 On the professional front, Kartik Aaryan has Shehzada, Captain India, Freddy, and Sajid Nadiadwala's untitled next in his line up ahead. He has also signed another film with Sajid Nadiadwala which will be helmed by Kabir Khan.

ALSO READ: EXCLUSIVE: Kartik Aaryan would love to star in a web series; actor reveals he is watching Stranger Things