Taapsee Pannu is all set to impress us with her superb acting chops in yet another movie, Game Over. It is a dark thriller and we can’t wait to see Taapsee to blow our minds with her superb acting skills. As the makers are set to release the movie, Taaapsee spoke to Bollywood Hungama exclusively about what drives her to act and gave a detailed explanation about her process as an actress. 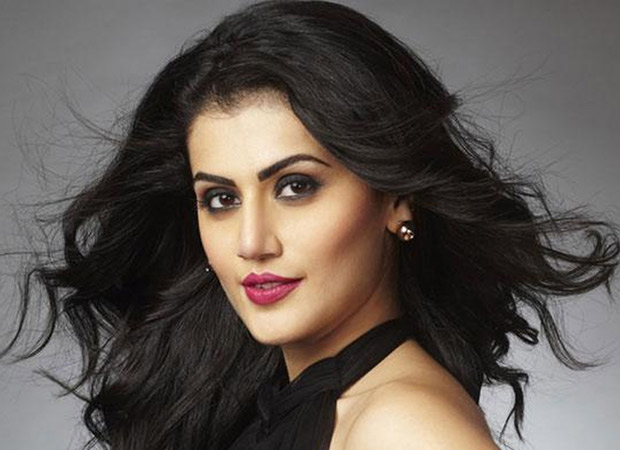 EXCLUSIVE: Game Over actress Taapsee Pannu claims why she is a little OFF

There has been a perception that Taapsee only works in dark movies. She was asked about the same and she said, “I could only choose from what I get.” She further said, “Directors feel that it is good to put me in these terrible situations and keep this camera on me. I will make for a good subject who is terrified and troubled. Unko maja aata hai mujko yeh filmon mai dekhne ke liye isliye yehi hota ja raha hai (They enjoy seeing me in these films and therefore this has become a set pattern for me.)

While describing working in gritty movies, playing intense parts she said, “Tiring hota hai mentally. Ab toh itne alag alag tarah se apne dimag ko nichod chuki hoon ki my brain has started probably getting used to it. I actually think the mental fabric of an actor changes with every film and this film also would have changed…I know it would have changed because you are forcing certain emotions on yourself which are not real. Obviously, the body will change a lot of things in you. Actors are not 100 per cent normal sane people. Hum thode se off hotein, I guess it is because of this kind of stuff we keep doing.”

She even further spoke about the important role South films have played in her life. She said that she makes sure that she does at least one South film every year because she has a good fan base there and gets equally brilliant opportunities as an actor.

Also Read: When Taapsee Pannu got heavily bruised for her next film Game Over