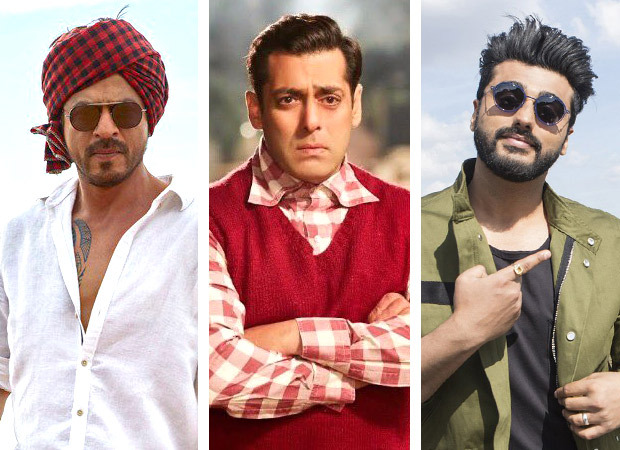 A lot was expected from Shah Rukh Khan-starrer Jab Harry Met Sejal, which released on August 4. However, the Imtiaz Ali-directed film had a not-so-great opening of Rs. 15.25 cr. Still, there were expectations that Saturday and Sunday would be better. But that didn’t happen and the film’s weekend collections stand at Rs. 45.75 cr.

Shockingly, the biggest opener of 2017 till date has been Baahubali 2 – The Conclusion. The historic action drama had created tremendous excitement and the film made Rs. 41 cr on its release day. The next biggest opener – Salman Khan starrer Tubelight – did almost half the business on it’s opening day – Rs. 21.15 cr. What’s ironic is that Baahubali 2 – The Conclusion is a non-Hindi film while films featuring Salman Khan and Shah Rukh Khan released this year as well. Yet, these biggies failed miserably in pulling audiences to hordes.

So what went wrong this year? Let’s analyse in this Bollywood Hungama special feature:

A viewer most of the time judges the film by its trailer. In case of Jab Harry Met Sejal, Tubelight and even comic caper Mubarakan, the trailers were not upto the mark. Hence, a section of audience was put off by these films even before the word of mouth poured in.

Despite the bad trailer, these films would have worked if the content was superlative. That would have increased the collections from Day 2 onwards. But sadly, the content of many films this year was just not good, which prevented these films from doing big business.

Viewers go to the cinemas to see films that can take their attention away from the stress of their lives. They need entertainment in high doses and prefer escapist fares. Our films this year failed in providing such kind of entertainment. Tubelight was quite a niche film and didn’t have massy appeal. Raees did appeal to the masses, at least from the trailers. But the film dropped in the second half, when the makers tried to project Raees as the ‘good guy’. Jab Harry Met Sejal also didn’t have the massy touch. Baahubali 2 – The Conclusion on the other hand was a highly entertaining film in all respects.

Thanks to the high-end multiplexes in major cities, it is possible for films to become hits, especially the ones with reasonable costs like Hindi Medium, Queen etc. But films starring Shah Rukh Khan and Salman Khan that are mounted at a huge cost can’t become hits purely on the basis of select multiplexes. They need to have content that can work at an all-India level. Tubelight and Jab Harry Met Sejal’s target audiences was restricted to metropolitan areas. Raees had a chance at B and C centres but the abovementioned reasons prevented the film from becoming a blockbuster. Again, it was Baahubali 2 – The Conclusion, a dubbed Hindi film, which delivered the kind of entertainment that all sections of audiences desired.

Music can sometimes enhance hype for a film in a big way. Tubelight and Jab Harry Met Sejal however didn’t have a single song that became the anthem of the nation. ‘Radio’ from Tubelight and ‘Radha’ from Jab Harry Met Sejal got noticed but didn’t turn into chartbusters. In case of Raees, just one song (‘Laila O Laila’) became a huge hit. Jolly LLB 2 album was a flop.

Even during normal times, the ticket rates in theatres are very high. And during the release of biggies, the ticket rates go through the roof. That’s what happened with Tubelight and Jab Harry Met Sejal, both of which were holiday releases and had higher-than-normal ticket rates. With the bad word of mouth pouring in, it was obvious that many viewers chose not to spend such a steep amount on a substandard film.

Social media has become a powerful tool of expressing and influencing opinions. With increase in ticket rates, viewers get frustrated if they don’t get their money’s worth and they spill all their anger on their Twitter and Facebook timelines. Even before half a day is complete, the verdict comes out loud and clear. Tubelight and Jab Harry Met Sejal suffered greatly due to the power of social media.

Thankfully, there’s still hope. Toilet - Ek Prem Katha, Baadshaho, Judwaa 2, Golmaal Again, Padmavati and Tiger Zinda Hai are the upcoming biggies of the year. These films can turn the tide and help the year end on a rocking note. Let’s hope for the best!