Filmmaker Sriram Raghavan has teamed up with Dinesh Vijan after the successful Badlapur for a war drama titled IKKIS. Interestingly, the film will star the legendary Bollywood actor Dharmendra. The makers have shared the news specifically today to mark the actor’s 87th birthday. 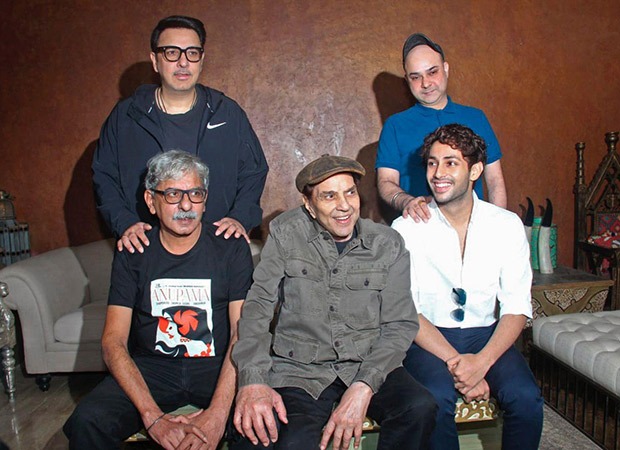 IKKIS is a war drama based on the life the Second Lieutenant Arun Khetarpal. He achieved martyrdom in the 1971 Indo-Pak war at the age of just 21 years. He was posthumously given the prestigious Param Veer Chakra by the Government of India.

This is the second time that Raghavan has teamed up with Dharmendra after the highly acclaimed and cult film Johnny Gaddaar, which had released back in 2007. This will be Raghavan’s first war movie.

IKKIS will also see the young Agastya Nanda. He is the grandson of the iconic actor Amitabh Bachchan and the son of Shweta Bachchan Nanda. This will be his second film after Netflix’s movie The Archies. Directed by Zoya Akhtar, the film also stars Suhana Khan, Khushi Kapoor, Mihir Ahuja, Vedang Raina and Yuvraj Menda.

Following his last release Andhadhun, Raghavan will be presenting Merry Christmas, which will be released in 2023. This will be followed by IKKIS.