Just a day ago, Kangana Ranaut and Rajkummar Rao shared glimpses of their new avatars. It is for their film Mental Hai Kya. The quirky film is set against the backdrop of a dark thriller and it seems to piquing interest for all the right reasons. It is one of the rarest genres explored in Bollywood. 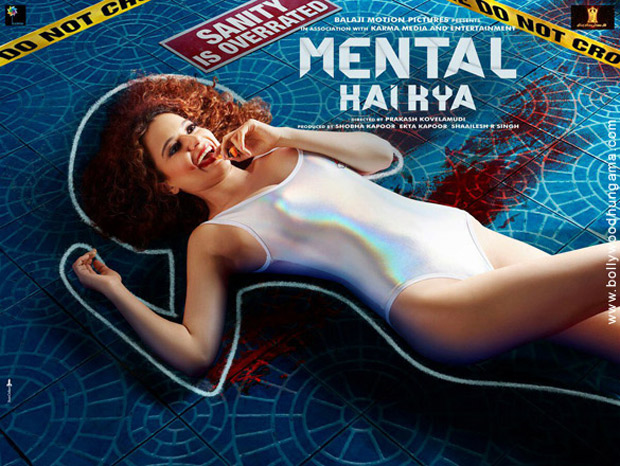 To be directed by National award winning Telugu filmmaker Prakash Kovelamudi, Mental Hai Kya is written by Prakash’s wife Kanika Dhillon. Rajkummar Rao recently confessed that when he this director-writer duo he was blown away by the idea of this film. In his words, he described it to be an edgy thrilling film where the characters were extremely well-defined.

Just a day ago, the makers gave a glimpse of the pictures that gives a brief sneak-peek into the characters of the film. Now yet again, they have released another set of pictures today. This time around, the craziness seems to be on a different level. While Kangana Ranaut poses in a body con inside a crime scene, Rajkummar Rao is posing in the crime scene with his face covered with adhesive tape.  What is more interesting is that the posters are titled ‘Sanity Is Overrated’. 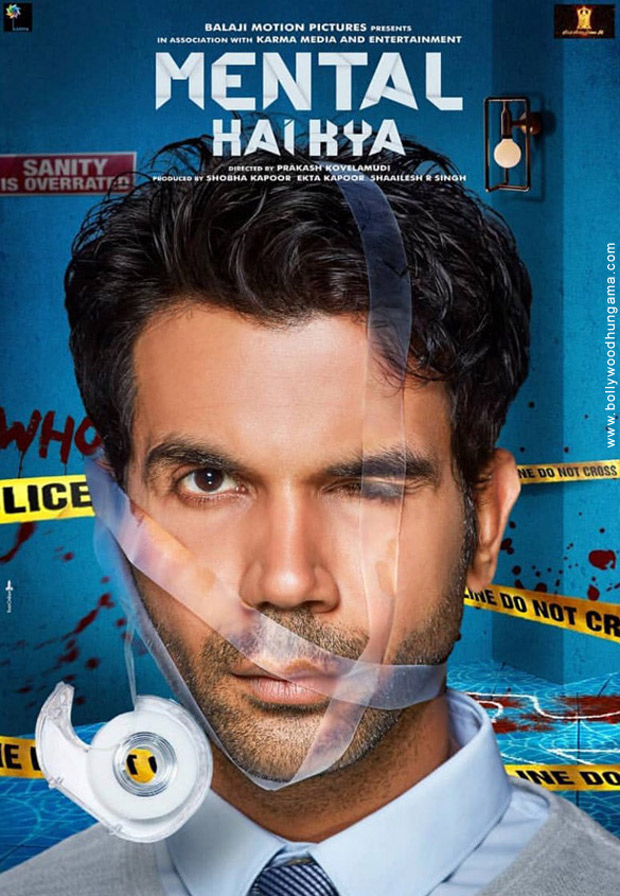 Experimenting in the space of dark comedy, Mental Hai Kya will be shot extensively in London. Produced by Ekta Kapoor, the film is expected to go on floor in Mumbai this summer. Rajkummar will start shooting after he wraps up his other commitments.

Rajkummar Rao has a series of films in pipeline this year. He will next be seen in Fanne Khan and Ek Ladki Ko Dekha Toh Aisa Laga. While the first one will feature him opposite Aishwarya Rai Bachchan, the latter will have Sonam Kapoor. Both the films will see him sharing screen space with Anil Kapoor. Besides this, the actor will also be seen in the Shraddha Kapoor starrer Stree.

On the other hand, Kangana Ranaut has her ambitious film Manikarnika – The Queen of Jhansi slated for release this year.