Internet sensations and acclaimed all-male dance quintet MJ5 will now be foraying into the world of music for the maiden time and launching themselves as India’s youngest boy band. Titled ‘Bawaal’, their debut Hindi track composed by Dixant Shaurya and Nitish R Kumar in association with One Digital Entertainment comes through with a modest yet powerful message about adopting a happy positive mindset in the midst of negativity and serves as an antidote for those post-pandemic blues. 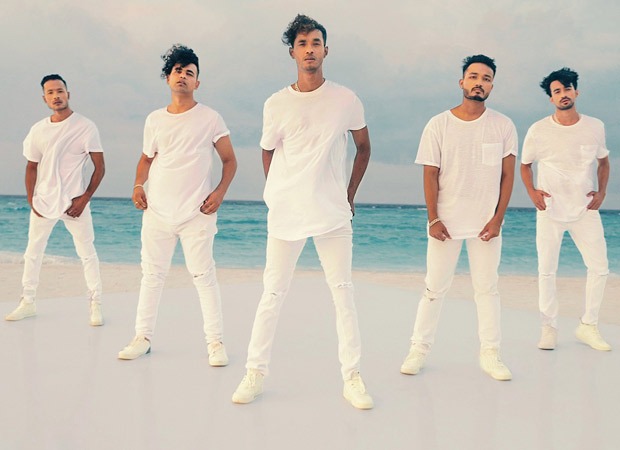 Directed by Kishalay Tiwari and Nitish R Kumar who has worked along with maestro A. R. Rahman for over a decade, the colorful retro-esque music video was shot in Maldives and compliments the cheerleader vibe, pre-weekend feels, and rich vocals of the banger summer anthem. This danceable ditty that fuses hip hop and pop also channels the musical versatility of the band with the effervescent members showcasing their powerhouse aptitude for singing and dancing.

Reflecting on their much-anticipated debut innings, the founder of MJ5, R Kartik states, “While our dance work has been largely influenced by international artists like Michael Jackson, Justin Timberlake, Beyoncé, Bruno Mars, Chris Brown and Usher, we have also been very fond of BTS and the cult legacy they have carved for themselves as a boy band in the millennial age. As creative artists, we never wanted to restrict ourselves to just dance and wanted to explore other avenues within the creative gamut. Our vision is to be one of the best millennial powerhouse boy band sensations and India’s answer to BTS & K-Pop music. Our debut track is an ode to all the heroes out there who emerged like warriors from a tumultuous 2020 and dived into 2021 with gratitude and optimism, looking towards a promising future devoid of restrictions and dismay. That darkness is behind you, and only happiness is ahead.”

A shared love for dance & music brought together college friends, R Kartik, Himanshu Gola, Rohit Singh, Vishnu Kumar, and Dennis Anthony and was instrumental in the formation of MJ5 in 2013. After claiming the title of 2013’s India’s Dancing Superstar on Star Plus, MJ5 have painstakingly carved an unmatched legacy for themselves with their iconic locking and popping animative style, a rather new dance form that has influenced Gen Z worldwide. Aside from being world record holders for having almost 26 different variations of the moonwalk, they have earned a distinct reputation in the industry!