COLORS’ upcoming fiction offering Sirf Tum traces the journey of Ranveer Oberoi and Suhani Sharma who are poles apart, much like fire and ice but their love is out of the ordinary. Ranveer is fierce, brooding, and impulsive who can go to any limits to get what he wants while Suhani is soft, simple, and an epitome of tranquillity. When Ranveer falls in love with Suhani, his passion for her takes over him and thus begins their intense love story packed with a whirlwind of emotions. Produced by Rashmi Sharma Telefilms, the show houses the perfect blend of on-screen magic that promises to be unusual and riveting. It marks the comeback of television’s heartthrob Vivian Dsena as Ranveer alongside Eisha Singh as Suhani. Premiering on Monday, 15th November and airing weekday at 8 pm, Sirf Tum will bring the best of romance, thrill, passion, and soul-stirring love. 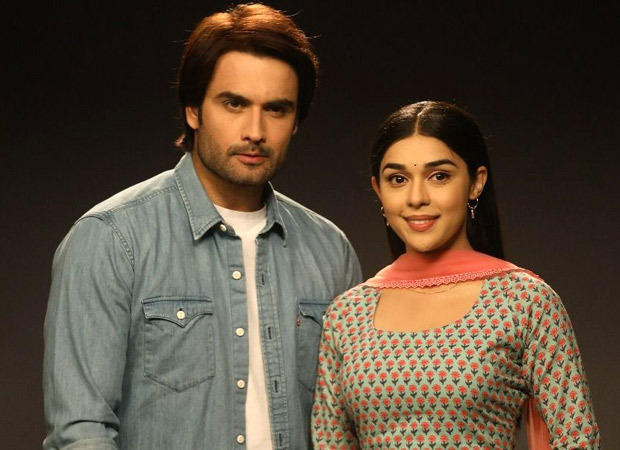 Sharing her thoughts on the show’s launch, Nina Elavia Jaipuria, Head, Hindi Mass Entertainment & Kids TV Network, Viacom 18 says, “At COLORS, we are dedicated to delivering refreshing, wholesome and variety fiction and non-fiction content to our viewers. Love stories are widely appreciated and resonate strongly with the viewers, and ‘Sirf tum’ is one such story of two opposite personalities, values, and worlds. With this show, we further aim to strengthen our weekday prime time and reinforce our promise to keep the viewers engaged, entertained with new and unique stories.”

Set in the beautiful locales of Dehradun, against the backdrop of a medical college, ‘Sirf Tum’ highlights the nuances of a complicated relationship between two people, Ranveer and Suhani, who are two pieces of a puzzle that fit perfectly together. Suhani is a simple girl who lives a sheltered life in the constant fear of her father and always adheres to her family’s wishes. She has strong beliefs about love and puts the needs of others ahead of her. However, when she decides to become a doctor and attend a medical college to pursue her dreams, her father allows her to do so only on the condition that her focus will only be her studies. But with destiny playing its trick, she crosses paths with Ranveer who is, unlike her, an impulsive and passionate guy who is pure at heart and goes after what he wants. He is a man of his words and would go to any extend to protect his loved ones. Though a bit reckless, he has a strong personality and believes in living in the moment. Fate brings Ranveer and Suhani together giving way to a new love story. As Ranveer’s fire-blazing nature cause a ripple in Suhani’s calm-water like life, will this love story have a happy ending?

Manisha Sharma, Chief Content Officer, Hindi Mass Entertainment, Viacom 18, said, “Over the years at COLORS, we have delivered unique love stories that have captivated the audience, leaving them feeling endeared. Today, we are enthralled to recreate the magic of love with Rashmi Sharma Telefilms, who have helmed several strong and beautiful narratives for us in the past. ‘Sirf Tum’ is a unique love story of two individuals – Ranveer and Suhani, whose personalities and lives are poles apart but fate brings them together. Viewers are going to enjoy watching love, romance, passion and drama in this vibrant new love story.”

Producer Rashmi Sharma, said, “It is a pleasure to collaborate with COLORS again, fortifying our relationship by launching our romantic venture ‘Sirf Tum’. The show chronicles the journey of a young romance filled with thrill and adventure. Ranveer and Suhani’s journey contains new shades of love that the audience will enjoy. From capturing the beautiful locales of Dehradun, bringing talents like Vivian Dsena and Eisha Singh onboard, to creating such a powerful narrative, the entire team has worked relentlessly on every minute detail to capture the essence of this love story and make it appealing for the viewers.”

Talking about his character Vivian Dsena says “Ranveer is an extremely intriguing character as there are many different shades to him. He is a differentiated hero as his behaviour towards Suhani is anything but conventional - their chemistry reflects a very different side of love. You have to watch the show to know their story and understand what makes them fall in love.” On working with the two powerhouses of content, Vivian adds, “COLORS and Rashmi Sharma Telefilms are like home to me and I am glad to make my comeback with a show that is in association with both of them. I believe Ranveer’s character is tailormade for me as its going to be one of the most challenging characters that I have played and I hope the viewers will support me in this brand new journey!"

Paired opposite the dashing Vivian Dsena, Eisha Singh is all set to impress as the modest, knowledgeable, and caring Suhani. She says, “I am extremely thankful to be working with the COLORS family again! Love stories have always been my favourite genre and I guess it goes with my personality well but while looking for my next project, I was very sure of not doing any run-of-a-mill character. I was looking out for some uniqueness and that’s when I landed the role of Suhani. Suhani is an extremely mellow character with her simple girl next door aura and her meekish but strong personality. She is graceful, demure and yet is rooted in strong ideologies stemming from family values. Her innocence makes her very striking and unassuming.”

COLORS has roped in some exceptionally talented actors to portray the supporting characters in the show Sonyaa Ayodhya has been cast to play the role Ranveer and Suhani’s mutual friend, ‘Riya’. While Shalini Kapoor is set to play Ranveer’s mother Mamta, Puneet Chouksey will be seen a Ranveer’s step brother, Eva Shirali has been locked to play Suhani’s mother Sudha. Sanjay Batra is playing the role of Suhani’s father Rakesh, while Nimai Bali has been selected to portray Ranveer’s father Vikrant amongst others.

ALSO READ:Bigg Boss 15: Tejasswi Prakash openly confesses his feelings for Karan Kundrra’ says she wants to establish her place in the latter’s heart