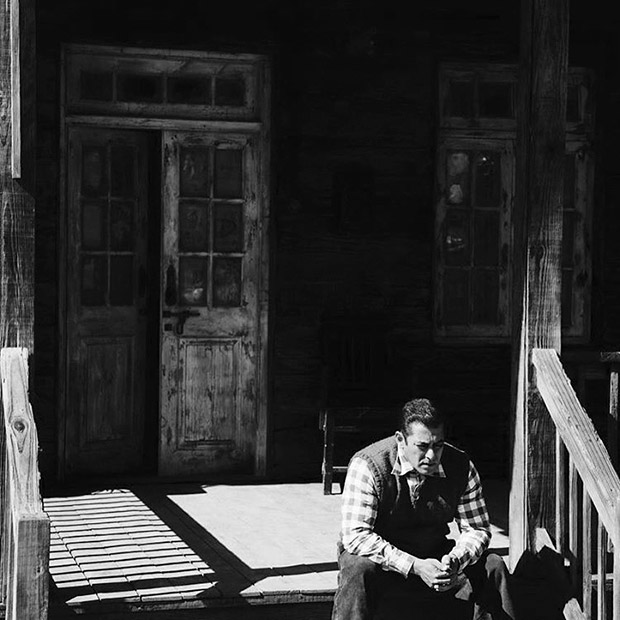 It's been almost two months since Salman Khan commenced shooting for his next film Tubelight. After wrapping up Ladakh schedule in a few days, Salman has been shooting for the film in Manali for quite some time now.

This morning, Kabir Khan shared a photograph of Salman Khan from the sets of the film confirming that he has wrapped up his Manali schedule. But, the crew still has three days of shooting left in their schedule. Sharing a black and white photo, he wrote, "It's a wrap for @beingsalmankhan Manali schedule #Tubelight #Eid2017. We have 3 more days to go."