Last Updated 22.01.2022 | 10:45 AM IST
feedback language
follow us on
Bollywood Hungama » News » Bollywood Features News » Check out: Twinkle and Akshay on the sets of ‘Koffee With Karan’ 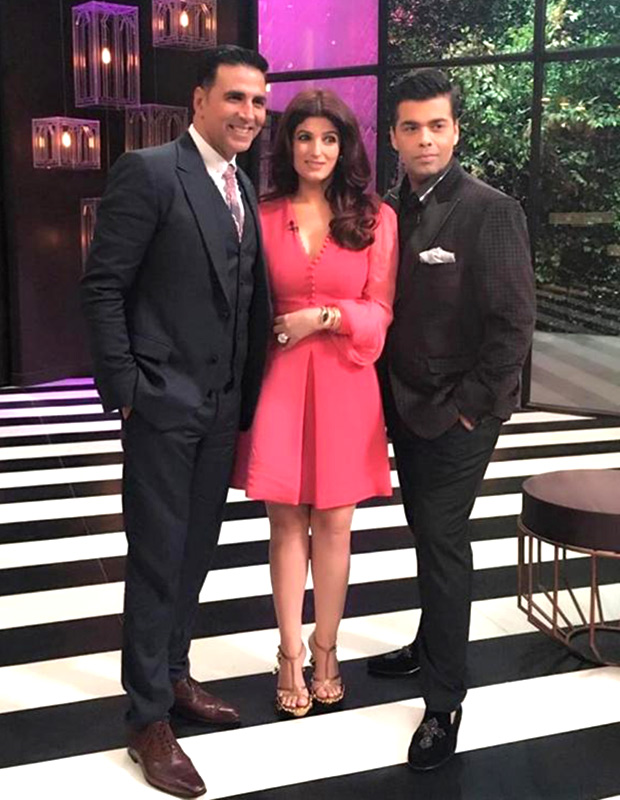 After the electrifying first episode of ‘Koffee With Karan’ that featured Shah Rukh Khan and Alia Bhatt, the viewers were treated to a small teaser of the next episode that featured Akshay Kumar and his wife Twinkle Khanna. If the teaser was anything to go by, then, the show (that’s to be aired this Sunday) definitely promises to be one cracker of an episode.