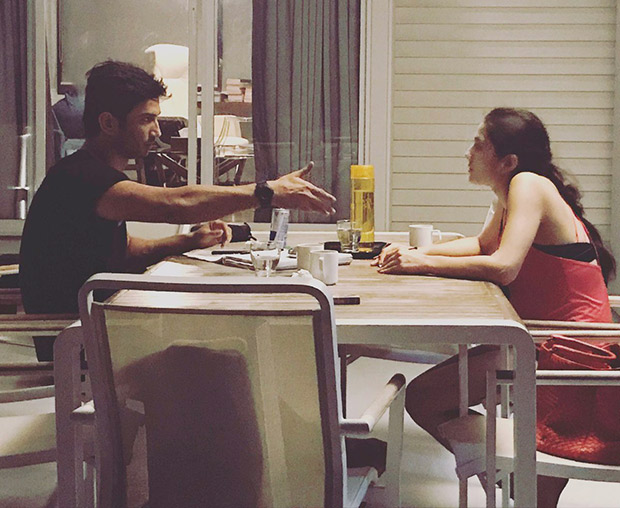 Sushant Singh Rajput might have failed with Raabta this year but that does not seem to have slowed him down. Sushant Singh Rajput, who has interesting films in the pipeline, is currently prepping for Abhishek Kapoor's Kedarnath with Sara Ali Khan.

While Sushant Singh Rajput has worked with Abhishek Kapoor before, this movie will mark the debut of Saif Ali Khan and Amrita Singh's daughter Sara Ali Khan. Both the actors have begun the prep for their film. Director Abhishek Kapoor shared a candid photo of two of them doing the readings if the script together. He captioned it, "#nicetomeetcha its real when actors begin readings and there's magic in the air #kedarnath #kriarj #balajitelefilms @GuyInTheSkyPics."

Kedarnath will be a story set in the backdrop of the pilgrimage centre in Uttarakhand. It has been reported that Sushant Singh Rajput will play a tourist escort who carries the pilgrims and their luggage helping them reaching the destination.