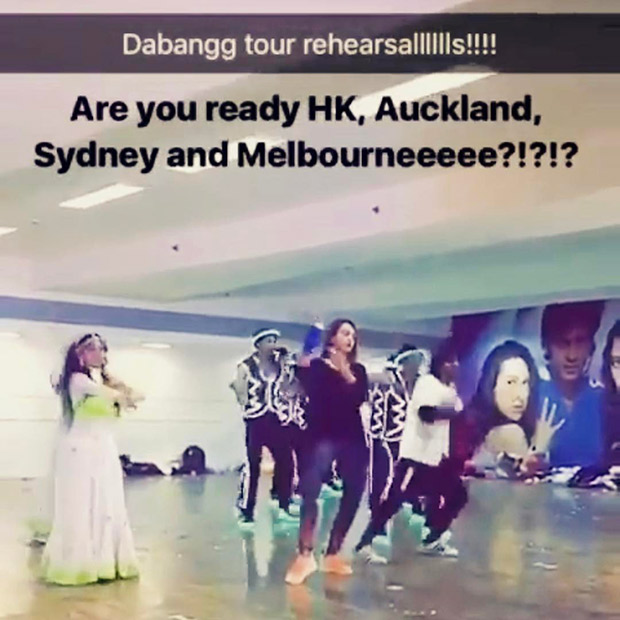 Sonakshi Sinha is a very busy lady. The actress is currently on promotional tour for her upcoming film Noor. Sonakshi Sinha recently also made her television debut as a judge on Nach Baliye.

Sonakshi Sinha has also begun prep for Salman Khan's upcoming Da-Bangg concert, which kicks off in Australia and New Zealand later this month. She has begun her dance preps on some of the hits like ‘Saree Ke Fall Sa’, ‘Move Your Lakk Baby’, ‘Gulabi 2.0’, ‘The Humma song’ and ‘Gandi Baat’. She was seen rehearsing with a bunch of dancers.

Bipasha Basu, Jacqueline Fernandez, Sonakshi Sinha, Prabhu Deva, Badshah, Daisy Shah, Tamannaah Bhatia, TV host Maniesh Paul and others will be touring with Salman Khan. The stars will rock the dance floor in Kuala Lumpur on 14th April, in Hong Kong on the 16th and in New Zealand & Auckland on April 21, 2017.

On the work front, Sonakshi Sinha’s Noor stars Kanan Gill, Shibani Dandekar and Purab Kohli. It is releasing on April 21, 2017.