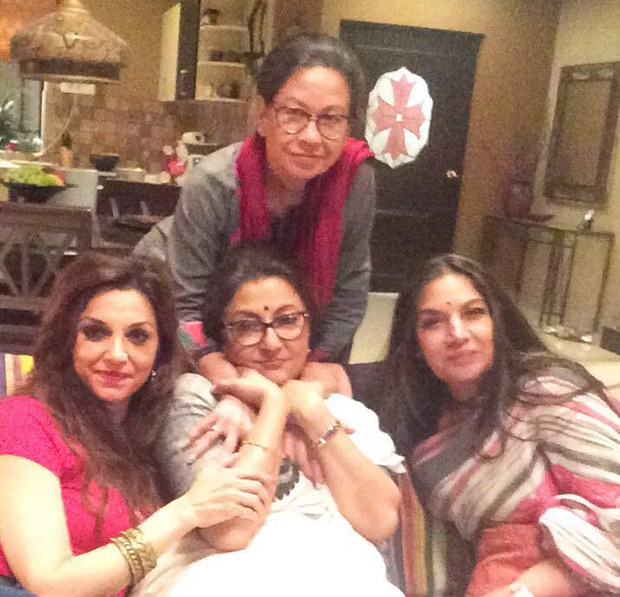 Shabana Azmi had earlier revealed that she was convinced by her best friend and renowned filmmaker Aparna Sen to do her forthcoming film titled Sonata. Yet again following a unique path, the director-actor duo is back and their bond is refreshing as ever.

While Shabana Azmi and Aparna Sen have been friends for years, they seem to share an equally comfortable camaraderie with the other stars on the sets. Aparna Sen took to Twitter to share a picture from the sets of the film, adding, “Lillete, Shabana, Sohag Sen (our acting coach) and I on the set of SONATA. We're having a blast!” An adaptation of the renowned Mahesh Eklunchwa’s popular play by the same name, Sonata explores the friendship between three women despite their differences and their journey of bonding amidst the lonely and urban life they live in.

We had earlier also reported that Shabana Azmi has lent her voice to two of Rabindranath Tagore’s classics that will be a part of Sonata.