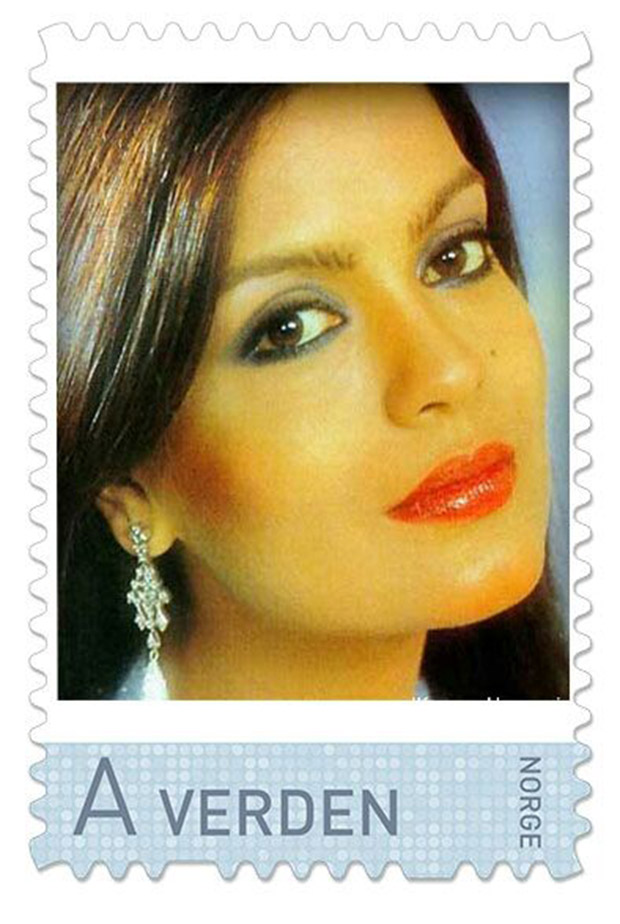 Known as one of the boldest divas of the 70s and 80s, Bollywood actress Zeenat Aman recently received a special honour at Lørenskog hus Kino when she visited the Bollywood Film Festival in Norway. Amidst eminent personalities, her achievements to the film industry were celebrated in a special way as the guest of honour was awarded with a stamp on her.

Zeenat Aman was not only felicitated for her contribution to Indian cinema but the Postal department also released a special stamp bearing her picture in honour of the actress. Besides her, yet another actress who was the chief guest at the event was Huma Qureshi who too received an award for the most promising upcoming actress. In fact, present at the festival was also Zeenat’s son Azaan whose directorial debut Bankster was screened during the event. He too was felicitated like his mother, with the most promising director award.

On the other hand, prior to this, Norway has acknowleged the works of Hema Malini and similarly released stamps bearing her picture.