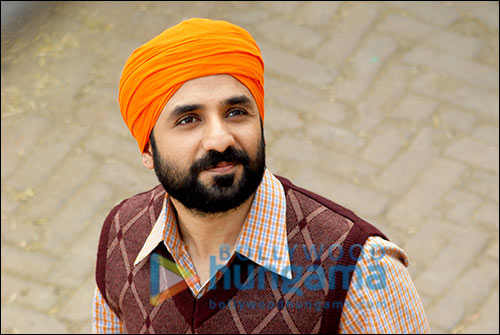 Vir Das, who started off as a comedian, is now a renowned actor as well as a musician. The actor, for the first time will be seen in a serious role opposite Soha Ali Khan in Shivaji Lotan Patilâ€™s directorial 31st October.

Here is a look of the actor in the Sikh avatar that he will be sporting in the film. Considering the character Vir will be playing, a beard is a must. However, the actor decided to grow a beard despite being given an option to sport a fake one. We hear that he apparently refused to do so to maintain the authenticity. A source says, â€œVir grew and maintained his beard especially for this role so that he fits the role of a Sikh. He also learnt Punjabi from a diction coach and read about the Sikh culture.â€