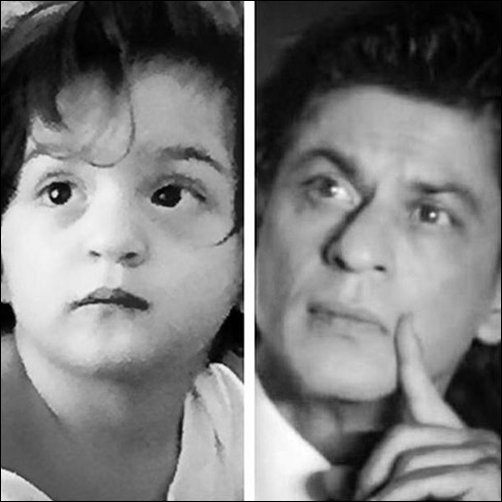 The eighties era saw the most unlikely 'model' becoming an overnight sensation. The 'model' was none other than 'Murphy baby', whose 'finger on the cheeks' pose made the ad as one of the iconic ads of all times.


The supercool dad that Shah Rukh Khan is, he went onto tweet an image of his darling son AbRam and called him his 'Murphy baby'. Prior to this posting, SRK had tweeted a 'Poem by Samih Al Qasim....Titled...The End Of A Discussion With A Prison Guard'. And when he tweeted his 'Murphy Baby' image, he stated that & before the tweets lead to an assumption of a troubled mindset, this pic of my Murphy baby & me...as they say "awww".