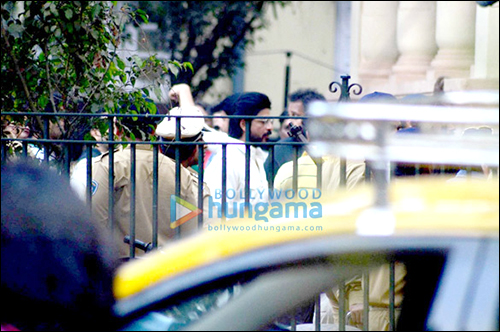 While time and again the makers of Shah Rukh Khan starrer Raees have maintained that the actor is all set to break away from his stereotypical positive image to play a grey role in the film, we hear that the superstar will be seen in the wrong side of the law in this upcoming drama. The actor was recently spotted shooting an intense scene on the streets of Mumbai.


Shah Rukh Khan was seen in his bearded Raees look shooting for the said film, as he was mobbed by the police, who were taking him towards the van. He plays a bootlegger in the film, who is chased by an intelligent cop played by Nawazuddin Siddiqui. Prior to this too, we have got several glimpses of the film wherein Shah Rukh Khan was seen shooting for a smuggling sequence as well as a 'nikaah' (marriage) scene in Gujarat.


Starring Pakistani actress Mahira Khan, Raees is directed by Rahul Dholakia and produced by Excel Entertainment in association with Red Chillies. Set in the 80s and based on the Prohibition in Gujarat, the film is slated to release on July 3, 2016.