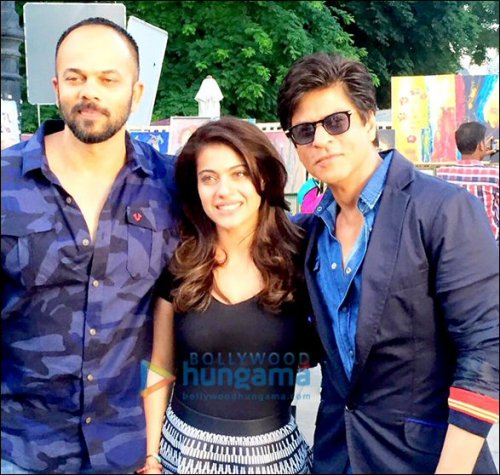 Just yesterday Shah Rukh Khan revealed a part of his look from his forthcoming film Raees, when he posted an image on twitter of himself sporting a moustache. Well the

actor jetted off to meet the cast of his other under production venture Dilwale, kept his fans informed tweeting about the same saying, "Dilwale time...can't wait to see the smiling faces of

Rohits team. Waited a year for the fun to begin all over againâ€¦.Bulgaria Express."

Once there Shah Rukh Khan posted an image from the film's shoot location featuring Rohit Shetty, Kajol and himself saying, "'Count ur age by friends, not years. Count ur life by smiles, not tears.'

Lennon. By that maxim this team is ageless."

As for the film, Dilwale that is currently being shot in Bulgaria is produced by Red Chillies Entertainment in association with Rohit Shetty Productions, and is expected to release around