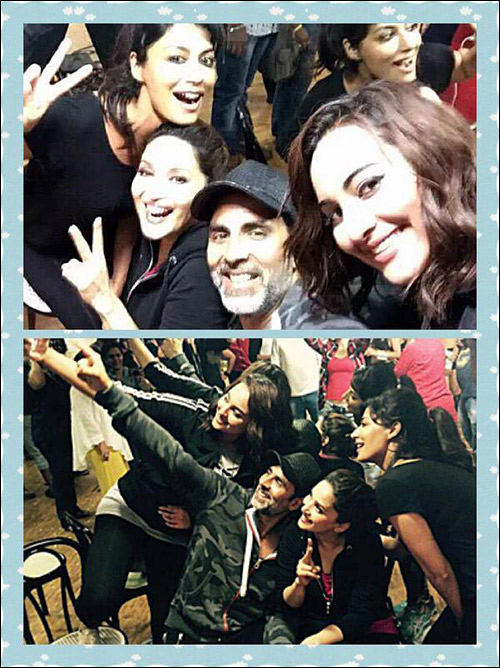 Despite a busy schedule, some of the popular Bollywood celebrities have decided to take some time off and entertain their fan base in the U.S. Madhuri Dixit, Akshay Kumar, Chitrangda Singh and Sonakshi Sinha are all set to go on a dance tour to the U.S.


The said multi-city tour called Fusion will cover three major cities of the U.S. namely, San Francisco, Houston and Washington D.C. In fact, the celebrities have already started preparing for the tour and Chitrangda took to Twitter to share this collage from their dance rehearsals. Posting it on the micro blogging site, she said, "Rehearsal madness for the @fusionworldtour Houston herrre we come!!!"


The other celebrities who are a part of the tour also include popular filmmaker and the dancing king Prabhu Dheva, Sunil Grover (Guthi) and Upasana Singh (Bua) from 'Comedy Nights With Kapil' and rapper Badshah. The tour will kickstart from August 21.