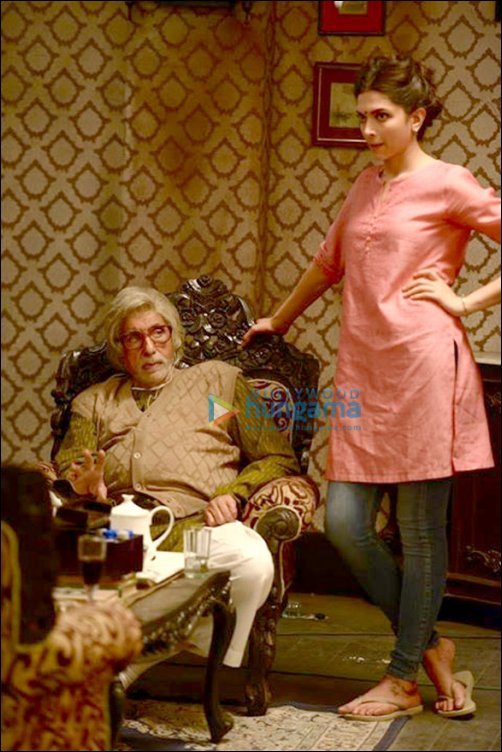 On Thursday we reported about veteran actor Amitabh Bachchan posting the first image from the sets of Piku that featured Deepika Padukone. Now Bachchan posted yet another picture with the actress while on sets of the film.


Posting the image on his facebook page Bachchan added, "And with the lovely and graceful Deepika in 'PIKU' .. on set in Kolkata .." Talking about the film Amitabh Bachchan added, "Ek beti aur Pita ki kahani .. director Shoojit Sarkar .."


Produced by MSM Motion Pictures, Piku is said to deal with a different take on the relationship of a father and daughter played by Amitabh Bachchan and Deepika Padukone, Piku that is directed by Shoojit Sircar will also feature Irrfan Khan in a very important role. The film is slated for release on April 30, 2015.