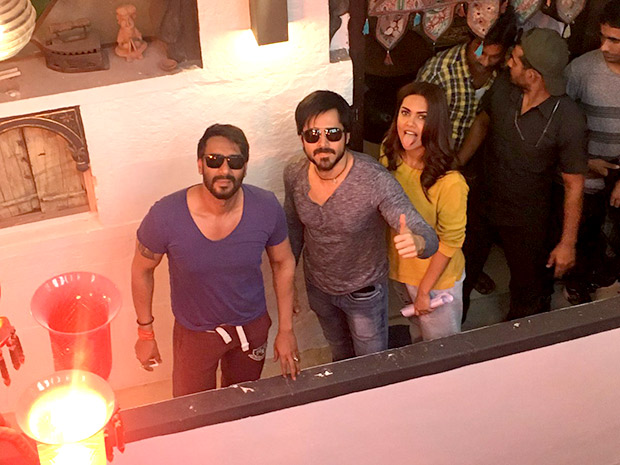 Readers may know that, after having made films like Once Upon a Time in Mumbaai, The Dirty Picture and others, the ace film maker Milan Luthria is now all busy with his upcoming film titled Baadshaho which stars the inimitable Ajay Devgn alongwith Emraan Hashmi, Ileana D'Cruz, Esha Gupta and Vidyut Jammwal in the lead roles. Besides them, Sunny Leone will also be seen in a special song in the film. 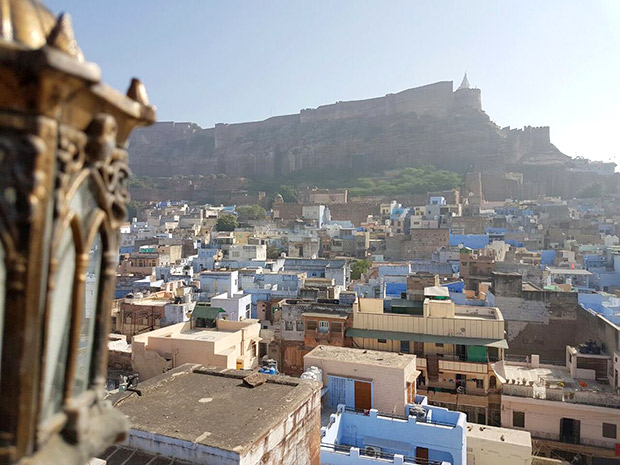 After they wrapped up their first day of the Rajasthan schedule, Milan Luthria posted the adjoining photograph on the social media with the caption “Wrap time on our first day in Rajasthan”.

Esha Gupta, on the other hand, posted this photograph which captured the heavenly beauty of Jodhpur. Esha Gupta captioned the photograph as “Oh what a beauty #BAADSHAHO #jodhpur @ajaydevgn @emraanhashmi @milanluthria @rajatsaroraa”.

The adjoining video has Ajay Devgn walking amid the streets accompanied by the security guards and the unit assistants.

Baadshaho is slated to release during the month of May next year.