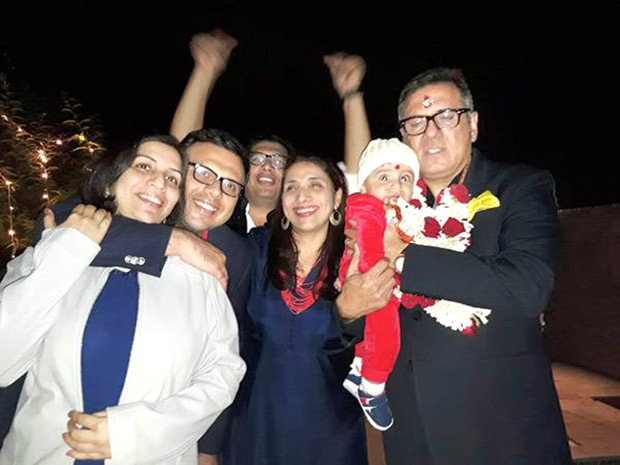 Boman Irani couldn’t stop expressing his happiness when he turned grandfather. Now the actor decided to celebrate his grandson’s completion of six months.

From what we hear, the Irani family who were enthralled with the arrival of Danesh and Reah’s little son, wanted to make this special. So they decided to celebrate the same but it was a small and private affair. Only family members that included the couple and their son, Boman with his wife Zenobia and his other son Kayoze who was seen in Student Of The Year were a part of this bash.

We received a glimpse of the same as this picture went viral online. Besides offering prayers for the little infant for his good health and well-being, the bash also included a scrumptious feast with lots of Parsi delicacies.