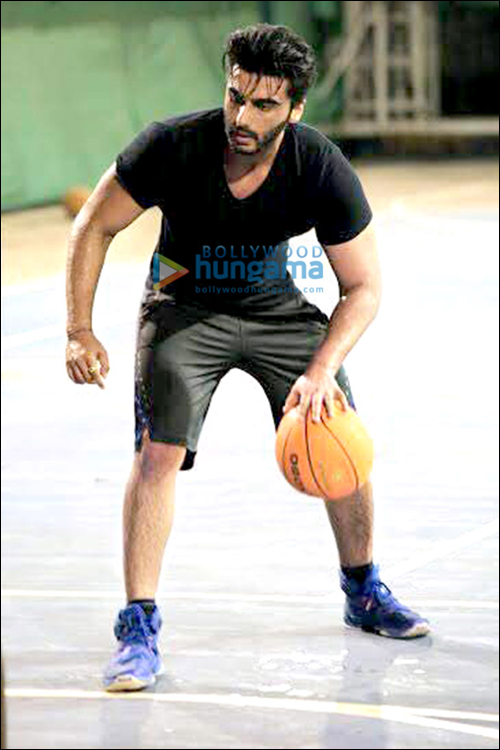 We saw a rather enthusiastic Arjun Kapoor taking down his opponents on the field during a recent charity football match. The sports lover will play a similar role in the upcoming romance drama Half Girlfriend, based on Chetan Bhagat's novel by the same. Here's a glimpse of Arjun Kapoor as a basketball player from the film.

Earlier we had reported that the actor will be seen in the role of Madhav Jha, a popular basketball player in his college in Half Girlfriend. In fact, the actor is said to be a national level sports champion in the film. He also received professional help for his role from an international basketball team who was flown down from USA. The actor has been prepping for the past few months to get the nuances of his character right in this love story that spans through several cities.

Directed by Mohit Suri, Half Girlfriend also stars Shraddha Kapoor and goes on floor today, that is, June 6. Produced by Balaji Motion Pictures, the film is slated to release on April 28, 2017.