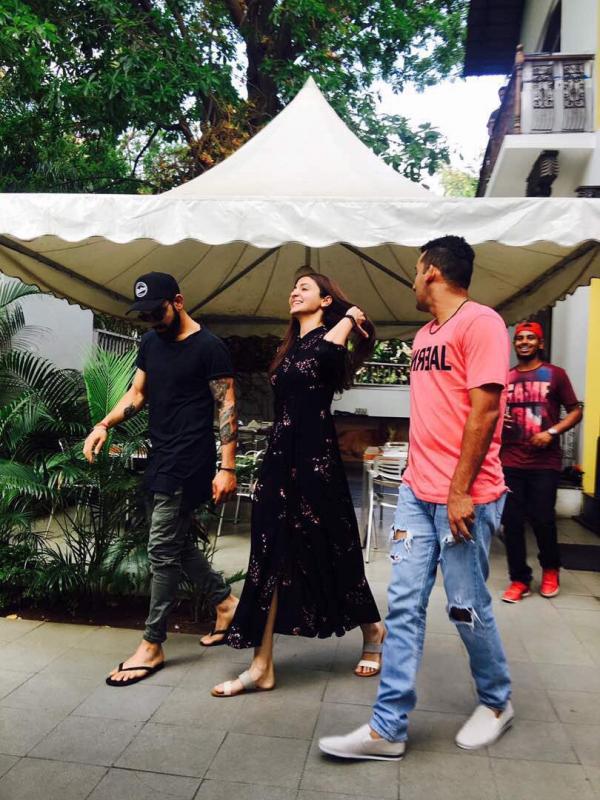 The saga of Anushka Sharma and her beau Virat Kohli continues. Last week, the duo left for Bengaluru to celebrate the 10 years of the Indian Premier League (IPL) team Royal Challengers Bengaluru (RCB). Anushka Sharma supported Virat Kohli and joined in the celebrations.

Last week RCB lost out to Shah Rukh Khan's Kolkata Knight Riders. On Monday, Virat apologized to the fans for not being able to perform up to their standards. Later, Virat spent some quality time with Anushka Sharma. The couple was seen exiting what looked like a cafe in Bengaluru. She appeared to be in a happy mood donning a black maxi dress. Virat kept it casual with a black tee and pants. They were accompanied by a friend. 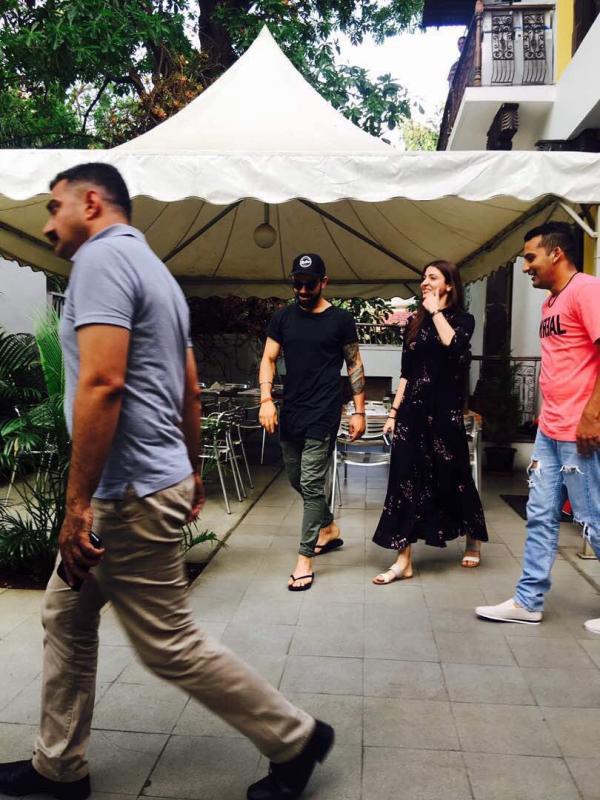 On the work front, Anushka Sharma will be seen in a romantic drama starring Shah Rukh Khan in the lead. The film is yet to be titled but is helmed by Imtiaz Ali. It is slated to release on August 12, 2017.