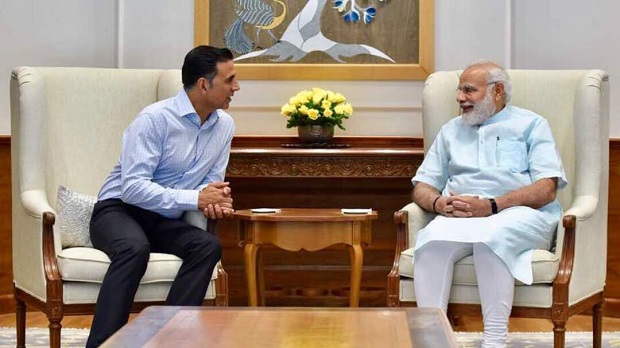 One really has to give it to Akshay Kumar for finding time to fulfil all his commitments, despite having such a choc-a-bloc appointments schedule. Just yesterday, we had reported about the Akshay ‘Khiladi’ Kumar getting himself indulged in a game of volleyball with a few trainees at ‘INS Hamla’, the Indian Navy Logistics Training Establishment in Mumbai.

What was also striking about the photograph was that, unlike many of his contemporaries, Akshay Kumar never makes an attempt to conceal his age. The biggest testimony of the same is the strands of grey hair which can be seen on the 49 year old’s head.

On the film’s front, besides Toilet: Ek Prem Katha, Akshay Kumar will be seen in films like Gold, Padman and Mogul.