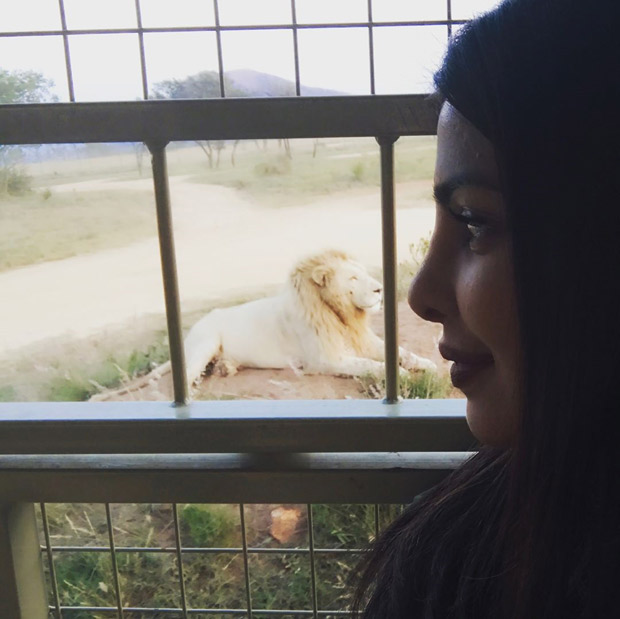 Ever since the time the gorgeous Priyanka Chopra had won the much coveted beauty pageant, there has been no looking back for this ‘go-getter’. After having conquered Bollywood, Priyanka Chopra wove her magic effect even in Hollywood as well.

These days, Priyanka Chopra is extremely busy fulfilling her commitments of being the goodwill ambassador of UNICEF, for which she is presently in Zimbabwe. Only yesterday, we had reported about Priyanka Chopra visiting a children’s shelter which housed the innocent kids who had been rescued from abuse. Besides interacting with them, she also had a wonderful song and dance session with them, something that she had shared on the social media. This time round, Priyanka Chopra posted a couple of extremely cute and adorable photograph of hers with a ferocious lion named Musafa in the background. Priyanka Chopra had captioned the same as “Mufasa and I... #jobergdiaries”. 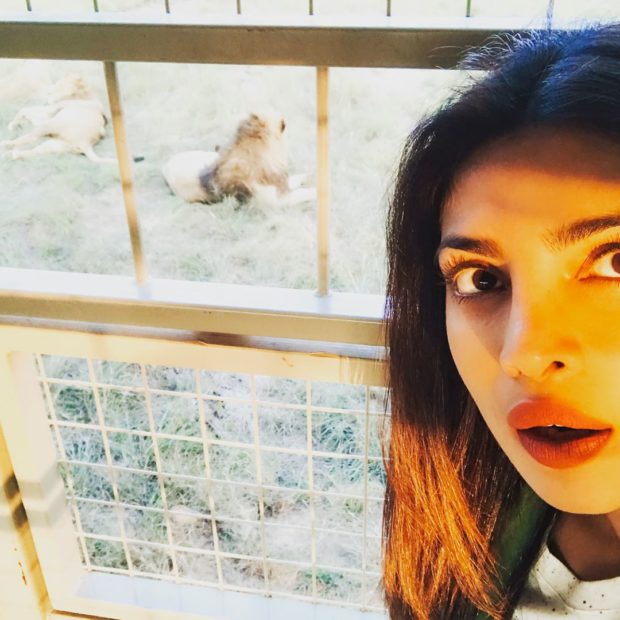 On the movies front, Priyanka Chopra will now soon be seen in the Hollywood flick Baywatch, which also stars Dwayne Johnson and Zac Efron in the lead roles. Directed by Seth Gordon, the film will be releasing on May 25 this year. On the Bollywood front, there have been strong rumors about her playing the role of the late Kalpana Chawla in the latter’s biopic, although there has been no official announcement about it.