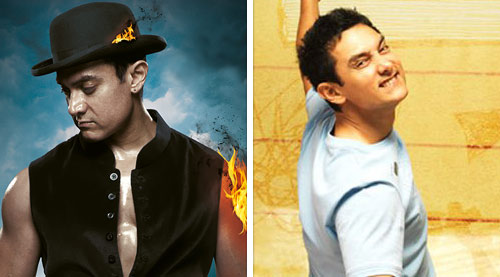 Indian films are slowly gaining momentum in the International market and in a span of more than a decade, many Bollywood celebrities have become global faces who represent the jazzy and glamorous world of Hindi film industry abroad. With increasing attempts to break into the International market and in a bid to create an identity and establish itself as a renowned source of artistic and creative cinema, Bollywood has now even managed to enter the closed market of China.

Despite Bollywood being the second largest film industry globally, it has taken the producers and distributors a lot of efforts to enter the Chinese market. We at Bollywood Hungama are now trying to analyze the reason behind the changing trends, the current scenario of Indian cinema and what are the future plans to penetrate this newly discovered Chinese market.

Trade Analyst Taran Adarsh believes that there has been a change in the perception of Indian cinema in China and probably that is the reason behind this sudden surge of Bollywood films here. "Now, Bollywood has a lot of elements that are at par with the international standards like the finish, the sound system, the quality of movies or the kind of content. We are just giving them a taste of Bollywood right now."

And giving us a whiff of that success is Dhoom 3 which released in China last week on July 25. Being an action drama, this multi-starrer featuring Aamir Khan, Katrina Kaif, Abhishek Bachchan and Uday Chopra has been breaking records all over China by entering the Chinese Top 10 charts at the ninth position. The film has already made a collection of $1.35 million during the three day weekend thus beating its competitors including the Chinese romantic drama No Zuo No Die.

However, describing this as 'very tiny steps', Taran further adds, "Prior to this, the Chinese audience have been watching their own films or Hollywood movies. Bollywood is never a market they would go for but right now, we are making them aware of the kind of films we are producing and may be in the next decade we will find a lot of Bollywood films making their way into the market."

In a bid to capture the International market, Bollywood's most popular production house, Yash Raj Films has decided to tie up with the local Chinese distributor HGC Entertainment. Says Avtar Panesar, Head of International Operations at Yash Raj Films about the tie-up, "I always believe that one needs a local partner who understands our cinema and our format. HGC is very passionate about Bollywood films and so I think this is the first step."

Yash Raj Films' is in high spirits considering that Dhoom 3 has been performing beyond expectations in China. However, this is not the first Aamir Khan film that has faced such a stupendous response at the Chinese box office. Prior to this, the 2009 blockbuster 3 Idiots too made Rs. 11 crores in 2 weeks and Rs. 14 crores in 3 months. In fact, for the first time, a big Chinese star Tang Wei dubbed for the female lead of 3 Idiots i.e. for Kareena Kapoor. So did that inspire Yash Raj to release yet another Aamir Khan starrer in this market? "Well no. Undoubtedly Dhoom 3 is the biggest film of all time and it is pretty obvious that we wanted to push the envelope with this action flick. It's a film set in a place which the audiences are familiar with (Hollywood style action) and it is an easier film to travel and yet retains all the Bollywood elements. It is the kind of film that can be set in any part of the world."

When we look back and see the kind of films that released in China years ago like the Shah Rukh Khan, Kajol starrer My Name Is Khan, it is disappointing to see that it did not do well at the Chinese box office. According to Avtar, 'it did not resonate with the audience'.

But, My Name Is Khan did good business at the Indian and Overseas box office. However, Taran Adarsh maintains that ultimately content is king. "I think it all boils down content," states the Trade Analyst.

However, there is a notion that Chinese women are very inclined towards Bollywood romance and family drama as it is not an integral part of the Chinese movies. But the surprising part here is that despite this notion, Dhoom 3 which is a complete Hollywood style action flick has tasted huge success. Speaking about the kind of genre that works in the Chinese market, he says, "Good films can break all barriers. Even in India, action, comedy, masala films all of it works. If a film is good, it can withstand any obstacles and it can woo any audience."

After the release of 3 Idiots, many other Bollywood blockbusters like Chennai Express and even Krrish 3 have tried their luck at the Chinese box office but they have done only moderate business in this market. However, post the success of Dhoom 3, it is a matter to ponder upon if the audience has a special liking towards an Aamir Khan starrer. Taran Adarsh believes that this can be a mere co-incidence. "Nothing of that sorts! It could be a co-incidence. After a couple of movies, they may start having their own likes and dislikes."

While Dhoom 3 is just a stepping stone for Yash Raj Films, their current tie-up with HGC Entertainment is going to prove a lot more beneficial. "The future releases that will be coming from our company is what we are looking at currently and they may be releasing in China too." So are you looking at releasing any previous blockbusters that have worked in India? "No we will not be releasing any of them theatrically."

But surely releasing Bollywood films in China is not going to be a cakewalk since not many films can be released in the country. In fact, according to the Chinese government, only 34 foreign films are allowed to be released every year out of which only 5 films are from Bollywood and the rest include other International films which is majorly dominated by Hollywood. Though Avtar is unaware of this restriction, he says that no matter what he would like to abide by these regulations. "Actually we should not try and release every film that we make. We are trying to develop a market and the way to do it is to go with the know-how of the local distributors because they know their market very well. Films that we may think are remarkable here may not be the same there. It shouldn't be the number of films we should be looking at right now, but films that connect with the audience. Even if we release two films, may it be mine or others', it should be the right films."

'Right Films' as being described by Avtar Panesar, however cannot be defined currently considering there are only handful of films that enjoy a release in China. Bollywood offers a wide variety of films on a platter and ask if these 'right films' are genre specific and Avtar believes that it is too early to understand the favourite genre of the Chinese viewers. "There have only been about two to four films that have released. Yes I do agree that 3 Idiots managed to become a huge hit but it is still too premature to talk about their interests. For now, it's about discovering Bollywood."

Though the success of Dhoom 3 may have inspired many filmmakers to give a green signal to release their films in the newly found market of China, the progress of Bollywood in the country still has a long way to go as compared to its popularity in other foreign countries where almost every film enjoys a wide release.

Taran Adarsh says, "It's not opened completely for Indian films per say. The first preference is still Chinese cinema and after that it's Hollywood. More avenues should open in the future. It surely can't happen overnight." As he says, it's Hollywood apart from local cinema that is ruling this new market of China. "Hollywood is the big daddy and the stars are known worldwide and it's a cinema that everybody follows after all."

On the whole, currently though Bollywood has managed to break a few records in the Chinese market, owing to the qualitative content, the Indian film industry still has to struggle some more in order to establish itself in China. Restrictions, dominance of Hollywood films considering its global appeal, are some hindrances that Bollywood releases may have to deal with in the near future. Since the Indian film industry in China is still in the initial stage, they are yet to understand the interests of the Bollywood viewing audience in the country and an accurate overview of that will enrich the kind of cinema that will be screened publicly in China.