When Anil Kapoor conversed with Hollywood royalties Catherine Zeta Jones and her husband Michael Douglas at the Hindustan Times Summit in New Delhi last week, the stunner  from the epic musical Chicago raised quite a hoopla by praising  Bollywood cinema and specially Om Shanti Om. Now, everyone has presumed Catherina Zeta Jones meant the 2007 Farah Khan film. The Farah camp, infact, was overjoyed and is said to be preparing a thank you note to Hollywood’s superstar couple. 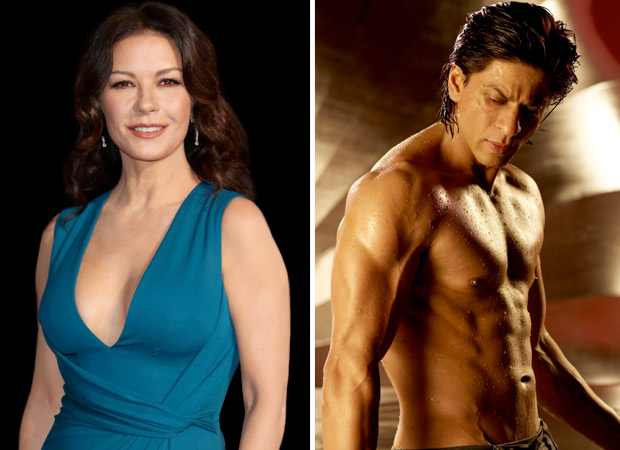 But hang on. There seems to be some confusion here. Apparently, Mrs Zeta Jones meant the song ‘Om Shanti Om’ from Subhash Ghai’s film Karz and not the film Om Shanti Om directed by Farah Khan.

Says a source from the HT Summit, “She even hummed the popular ‘Om Shanti Om’ song composed by Laxmikant Pyarelal. So we don’t know why there should be any confusion. And let’s be logical. Why would anyone single out the Farah Khan’s film as a Bollywood favourite above Mother India or Lagaan, or whatever?”

In fact, Michael Douglas made a sarcastic remark about his wife’s ‘Om Shanti Om’ declaration. “In our home, we don’t sing the usual Christmas songs for Christmas. We sing the songs of Om Shanti Om,” drawled Mr Douglas.

Also Read: Farah Khan reveals why Aamir Khan could not be a part of star-studded Om Shanti Om song