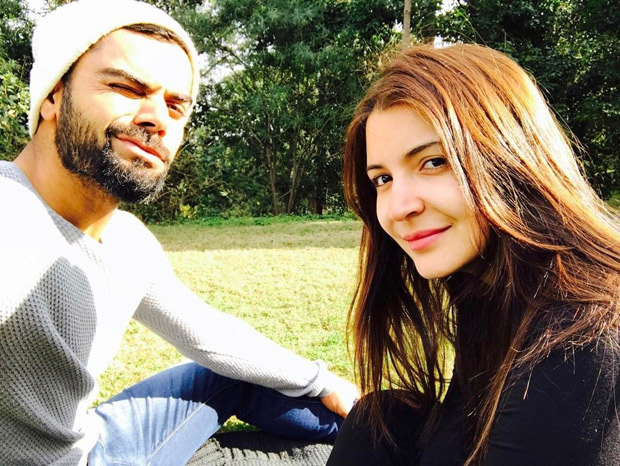 Anushka Sharma and cricketer Virat Kohli have been in a relationship for a while now. Although the couple avoids making any public appearances together and does not post anything on social media, Virat Kohli took the plunge recently to make their relationship official on Instagram this afternoon.

Virat Kohli shared a lovely sun-kissed selfie with Anushka Sharma as they spent Valentine’s day together. This is the first time the couple has shared a photo of themselves together on a public platform. Virat had a special message for his Valentine that read, “Everyday is a valentine day if you want it to be. You make everyday seem like one for me Anushka Sharma.”

Fans are going gaga over their selfie. A few months ago, there were reports claiming that Anushka and Virat were planning to get engaged by the end of 2016. Virat had later clarified that the speculations surrounding their engagement were false and that if they ever got engaged, they would never hide it.

On the work front, Anushka Sharma will next be seen in her home production Phillauri alongside Diljit Dosanjh and Suraj Sharma. It is slated to release on March 24.