Film producer Boney Kapoor shares a very close and lovely bond with his kids Arjun, Anshula, Janhvi and Khushi. While Arjun Kapoor and Anshula Kapoor are Boney’s kids from his first wife Mona Kapoor, Khushi and Janhvi are his kids from his second wife Sridevi. All of his children also share a close bond with each other. 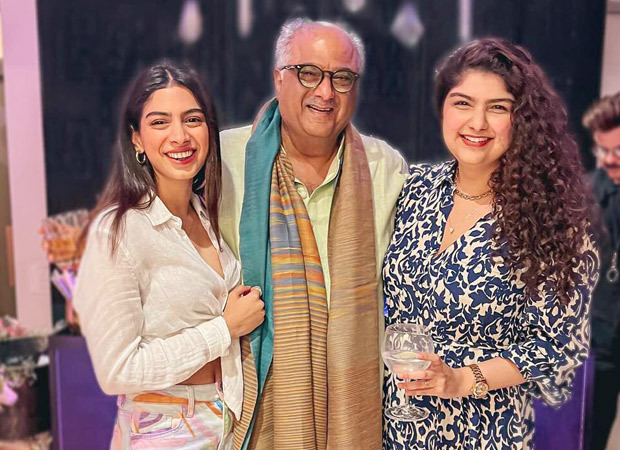 Boney Kapoor poses for a picture-perfect moment with daughters Anshula and Khushi Kapoor; gets photobombed by Anil Kapoor

The family often shares each other pictures on social media, treating their fans with a glimpse of their sweet bond. Keeping the tradition on, Anshula Kapoor share a lovely picture of herself with her father Boney Kapoor and sister Khushi Kapoor on her official Instagram handle. In the picture, all of them can be seen posing for a picture perfect moment. While Anshula looked beautiful in a blue and white outfit, Khushi looked stylish in a white crop-top and colourful flared pants. Boney, on the other hand, opted for a traditional kurta-pyjama which he paired with a multi-coloured shawl.

Meanwhile, on the work front, Boney will be seen making his full-fledged acting debut in Luv Ranjan’s untitled next. The film will star Ranbir Kapoor and Shraddha Kapoor in lead roles. It will also feature Dimple Kapadia in a key role