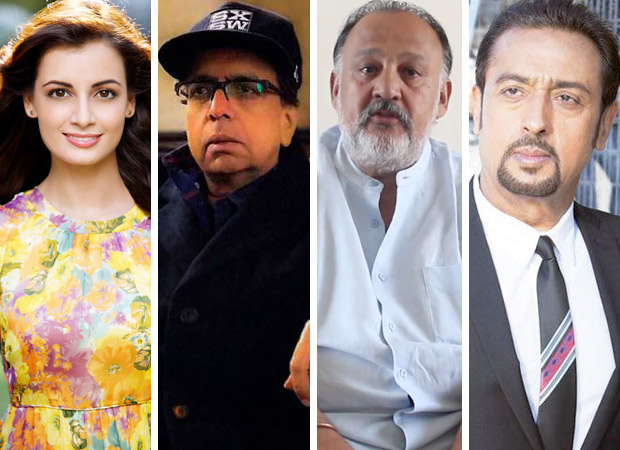 Is Bollywood a den of vice? No, say Bollywoodians

The Indian entertainment industry on the other hand hardly has its own version of Justin Bieber. The closest we can to it recently was when singer Aditya Narayan threw a tantrum on the Raipur airport.

And that compared with Bieber’s mythical excesses, was a joke.

While the Telugu film industry is rocked by the drugs scandal, Bollywood seems relatively quiet and sober these days. There was a time when actors like Fardeen Khan and Sanjay Dutt were caught doing drugs. And there were whispers of some star wives being high on more than just their husband’s stardom and bank balance.

All that seems to change. The debauchery and excesses are no more a part of Bollywood’s culture. And as one very athletic filmmaker says to me, “Why do we need the casting couch when young aspirants are willing to sleep with you without even asking? In fact CCTV cameras have ended the era of casting couches.”

Actress Dia Mirza who has always had a blameless track record says, “I have a problem with generalizations of any kind. In all the years I have been in the industry I have never done or been around people who do drugs, never witnessed sexual exploitation.”

Dia sharply and aptly dismisses the casting-couch myth as so much humbug. “Those who chose to have sex, do so as consenting adults. Does sexual exploitation exist? Possibly does... but to call the movie business a den of drugs and sexual exploitation is absurd. The industry has always been offered perverse labels, society laps up movies/loves movie stars but has never taken the business of cinema seriously or accorded it much respect. This must change.”

Filmmaker Ananth Mahadevan feels debauchery exists in every profession. He doesn’t exempt Bollywood from the sex-and-drugs allegation, though. “Why single out Bollywood? This tag followed us from the infamous carpetbaggers of Hollywood and almost looked like an infection inflicted on us along with the Bond formula. What is sad is that the conservatives of the South too followed. But it’s true that if a dope test is conducted on Bollywood stars like they do on sportsmen then half of them will be banned for life.”

Alok Nath who has played the Sanskaari Baabuji in a multitude of Hindi films feels, “There are certain stigmas stuck to certain professions, maybe rightly so. Though I would still go with the saying...ek macchli poore talaab ko ganda kar deti hai. There are elements that bring a bad name to our film industry.”

However Bollywood’s Badman Gulshan Grover completely denies the existence of such elements. “It is an absolutely untrue allegation. We are a normal healthy group of professionals. Nothing like this happens here. Some riffraff, wannabe in this beautiful Industry do not represent this beautiful family of mine.”

Adds filmmaker Hansal Mehta, “I really don’t know! You hear all these stories but I think the industry because of its high visibility and connection to glamour is prone to such a reputation. Maybe unfounded, though.”

Writer-editor-filmmaker Apurva Asrani has the last word: “The same is true of the corporate world, the sporting world and even the world of godmen. But because film folk capture the imagination of the public, these things are magnified & highlighted.”