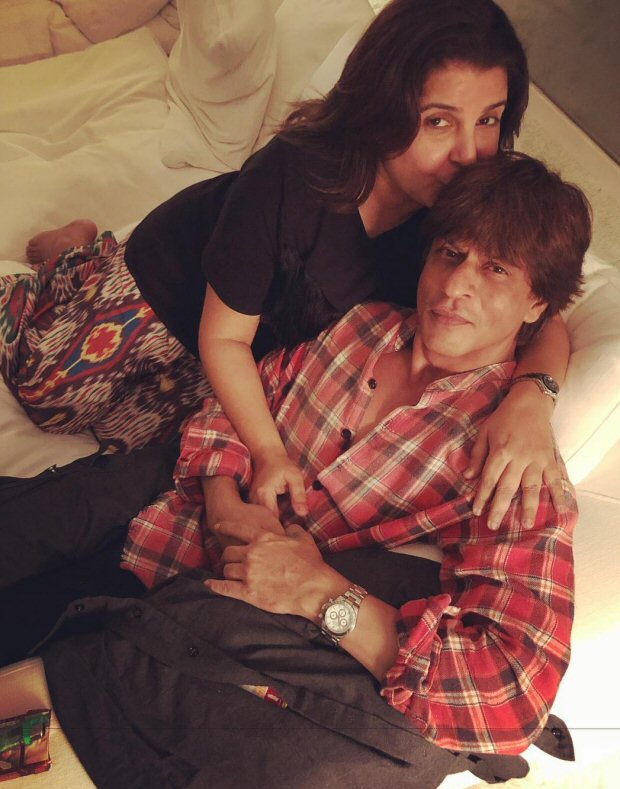 It's that time of the year when tens of thousands of fans wait outside Shah Rukh Khan's residence Mannat in Mumbai for hours to catch a glimpse of him. Why? As it is King Khan's birthday and the fans celebrate every year with him.

But, before the annual appearance, Shah Rukh Khan headed to Alibaug on November 1 with his family and close friends from the industry to kick start his 52nd birthday celebrations.

The celebrations began in full swing as SRK's best friend Farah Khan shared a lovely photograph with a birthday message for him. She wrote, "Happiest birthday @iamsrk .. for the next 2 mnths at least v r the same age. Love u ♥♥♥ pic credit:@faroutakhtar #Alibag." 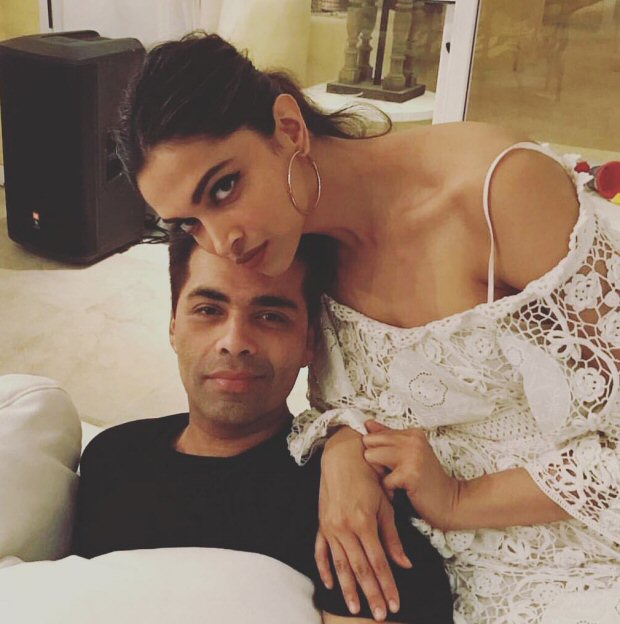 Another photograph from the party saw the gorgeous Deepika Padukone hanging out with her Yeh Jawaani Hai Deewani producer Karan Johar. Deepika looked a vision in a lacy white off-shoulder dress.

The lovely ladies Deepika Padukone and her favourite Alia Bhatt were caught in a candid moment by Karan Johar. The filmmaker captioned the picture, "Girl zone! #alibaugdiaries @deepikapadukone @aliaabhatt." 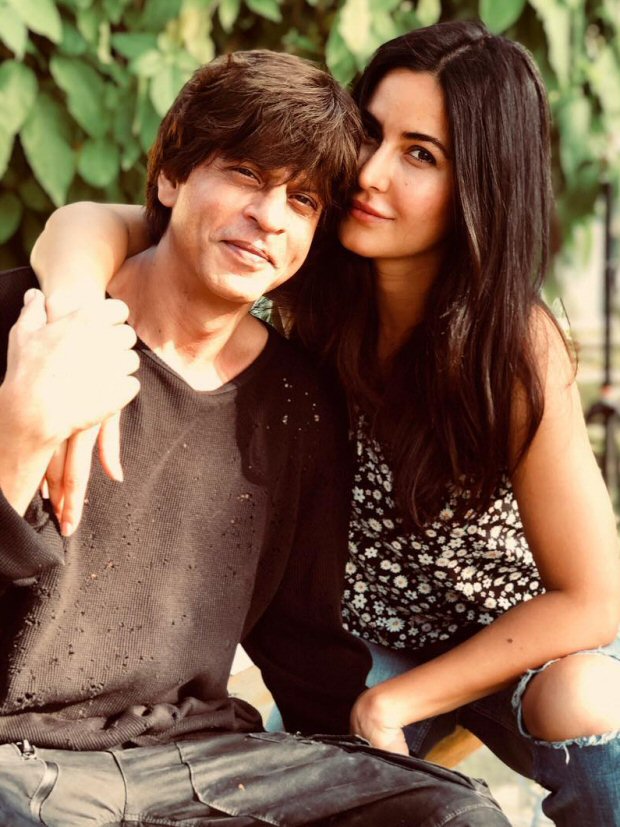 Katrina Kaif had reached Alibaug in afternoon to celebrate SRK's birthday before leaving the party for prior work commitments. Before leaving, she shared a lovely snap with SRK and wrote, "One of the kindest most intelligent caring people I know ..... happiest happiest to u , may all the love and care you give to others all come back to u .love you." 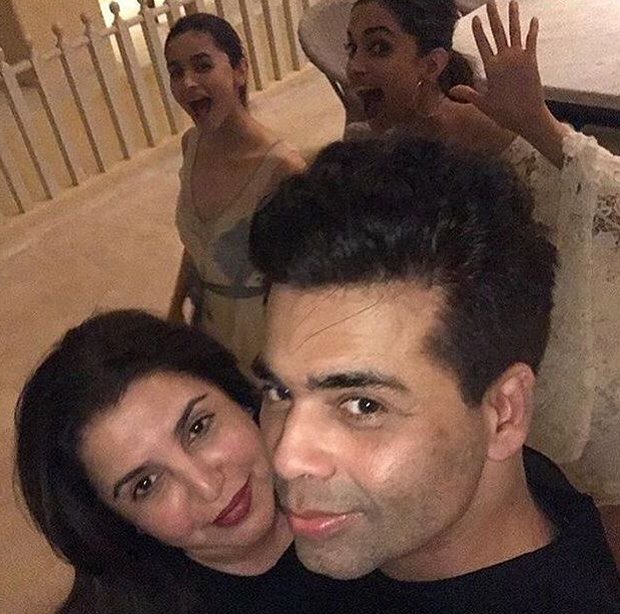 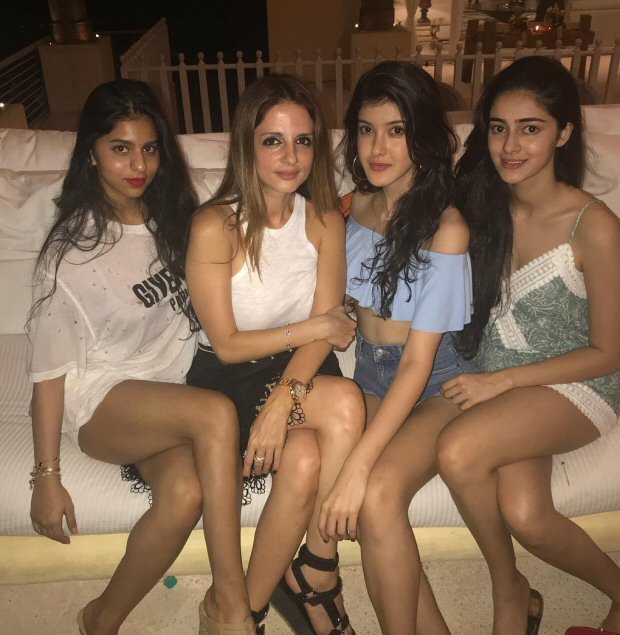 It seems like last night Karan Johar had turned the official photographer for the party. He shared tons of photographs from the party and one of them was of Sussanne Khan hanging out with the teen social media stars Suhana Khan, Ananya Panday and birthday girl Shanaya Kapoor, who turned 18 today. He captioned it, "You go girls!!!!! #alibaugdiaries." 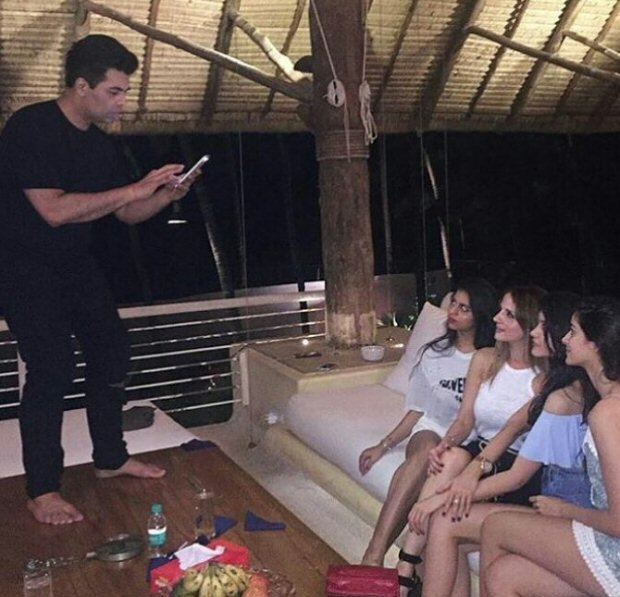 Sanjay Kapoor's wife Maheep Kapoor also shared the same picture from a different angle showing how the actual picture was taken by Karan Johar. Standing on the table, Karan was engrossed in taking the perfect shot. Maheep captioned the moment, "#DoingWhatHeDoesBest." 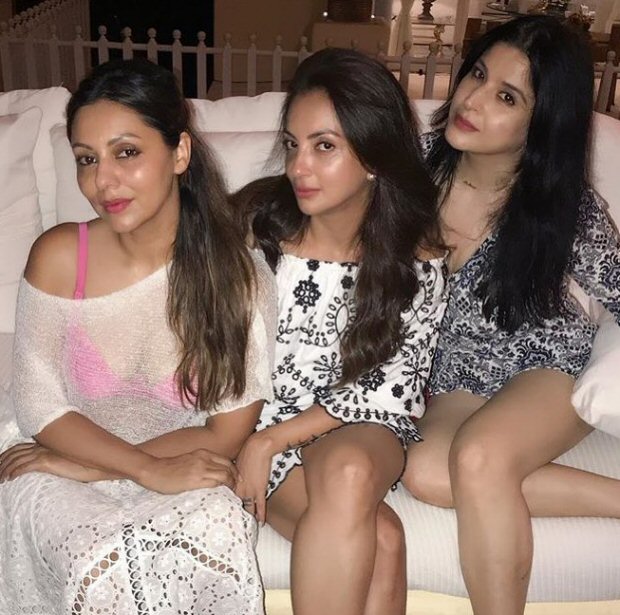 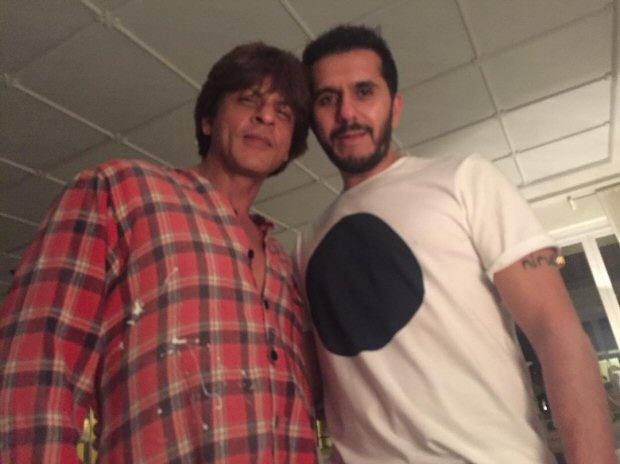 Producer Riteish Sidhwani was also present at the party. He shared a photograph with the birthday star and wrote, "Happiest birthday #don @iamsrk wish you all the happiness success & love." 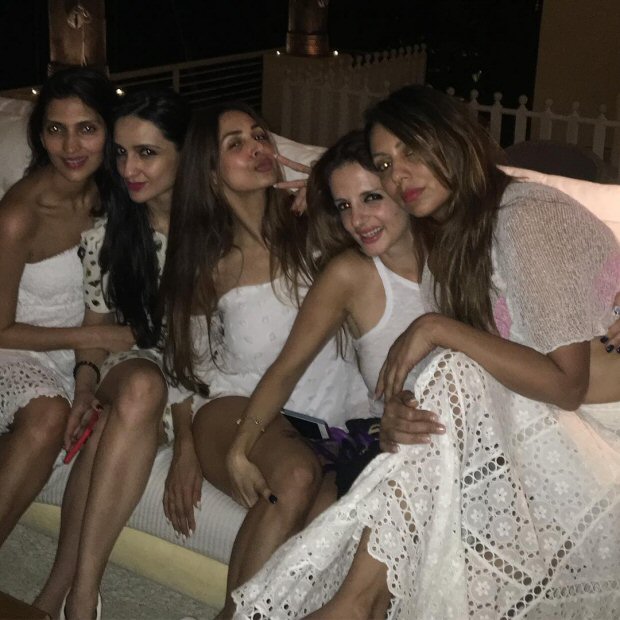 The ladies Malaika Arora, Gauri Khan, Sussanne Khan, Bhavana Panday were having a great time together. 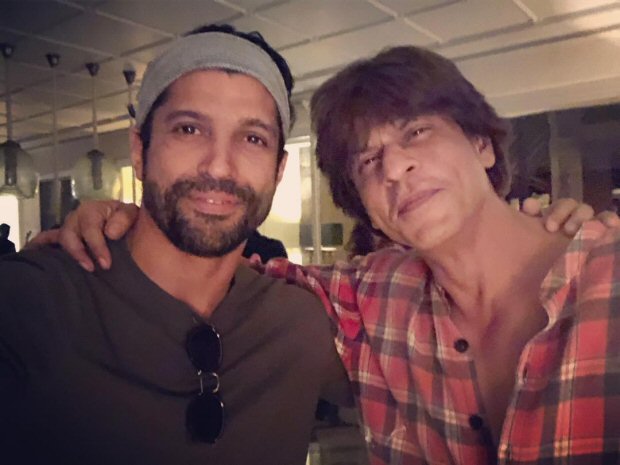 Don maker and close friend of Shah Rukh Khan, Farhan Akhtar also reached Alibaug in the evening. He shared a photo with him and wrote, "Happy birthday @iamsrk .. love, light, peace .. & thank you for a cracking evening.. shine on!! #funtimes." 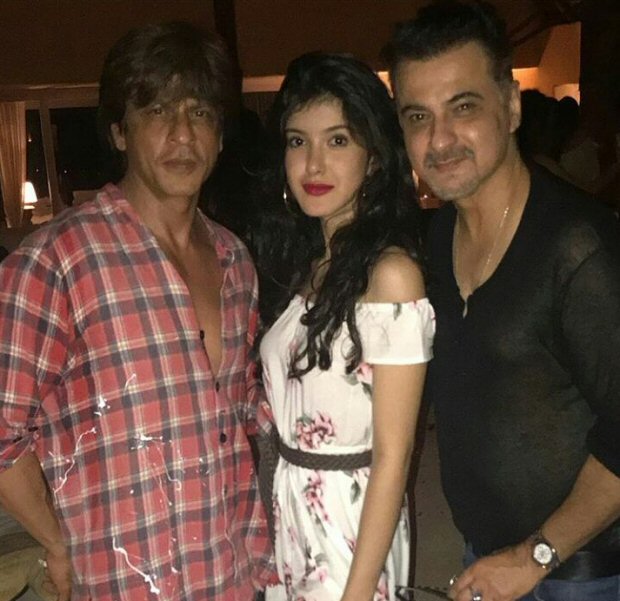 It is not only Shah Rukh Khan's birthday but also Sanjay Kapoor's daughter Shanaya Kapoor's birthday. The lovely girl turned 18 today. The birthday twins looked good in a photograph shared by Sanjay Kapoor as he captioned it, "Happpiee birthday my love happy birthday SRK ????????????" 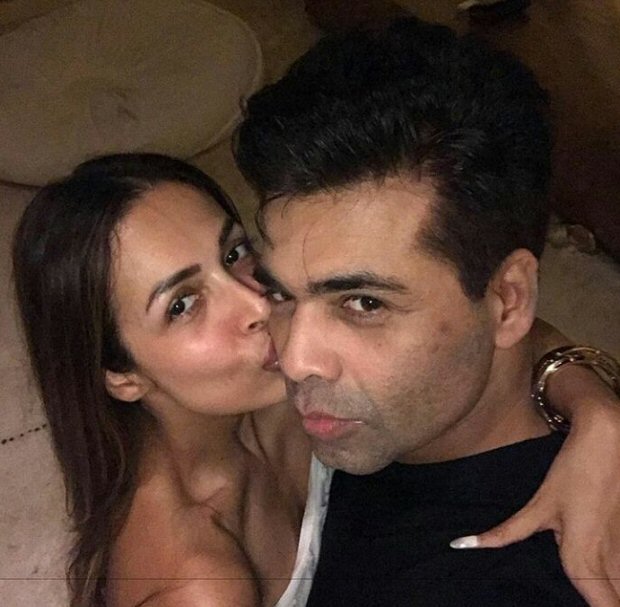 Malaika Arora planted a sweet kiss on Karan Johar's cheeks as he captioned the photo, "My fave @malaikaarorakhanofficial." 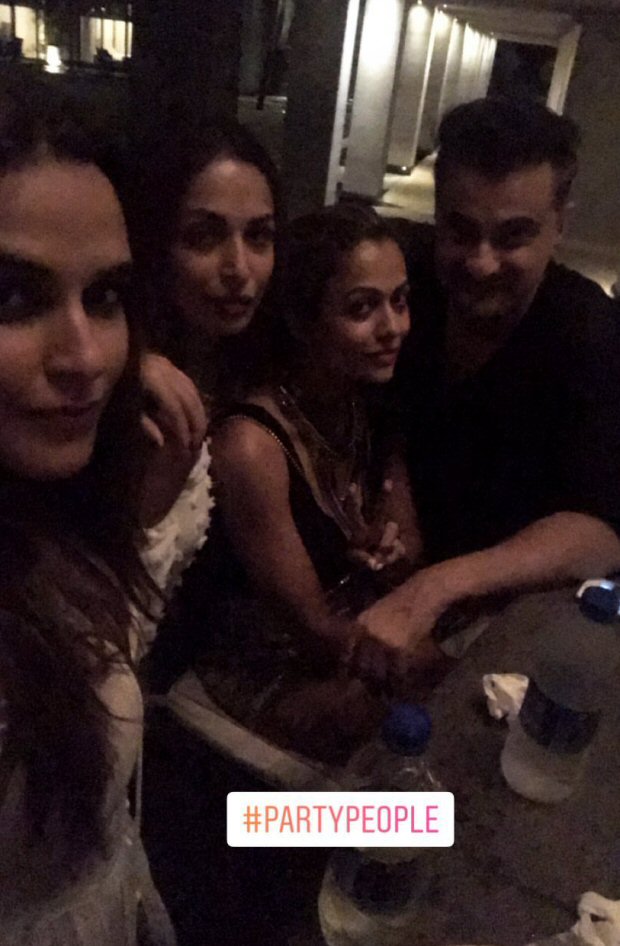 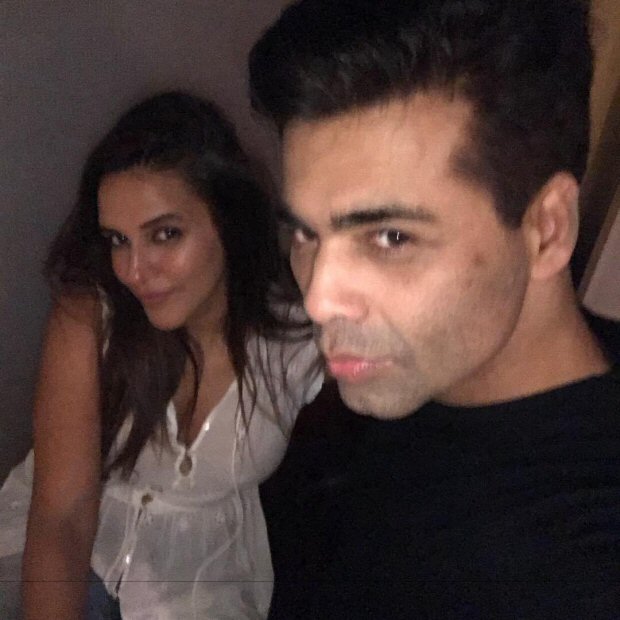 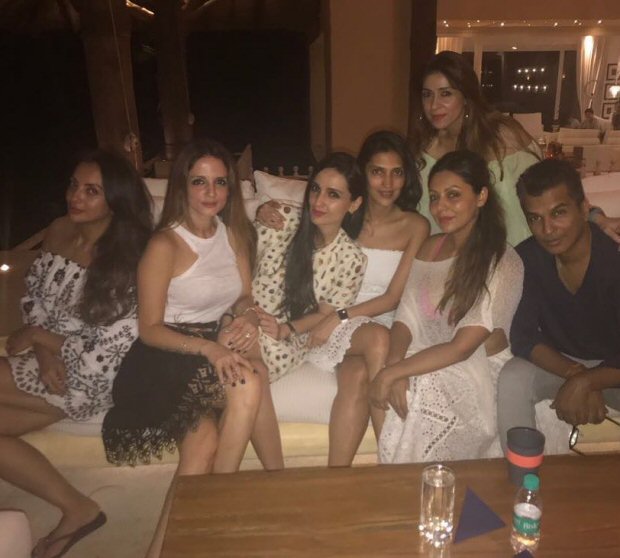 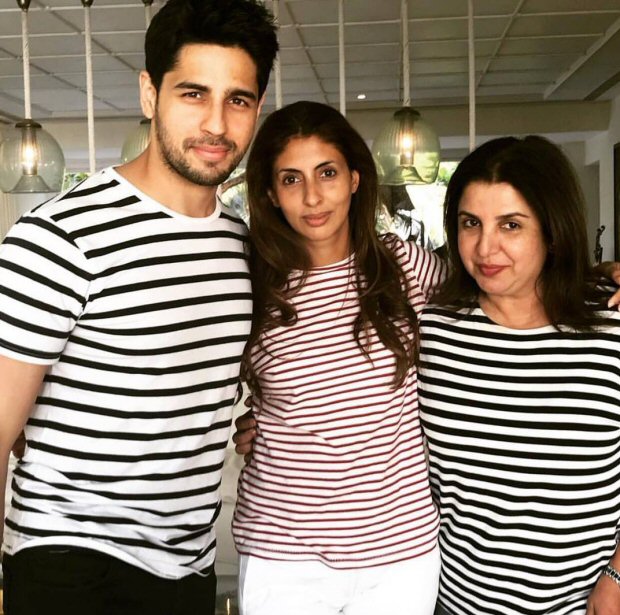 Sidharth Malhotra and Farah Khan were twninning in striped t-shirts whilst posing with Shweta Bachchan Nanda. 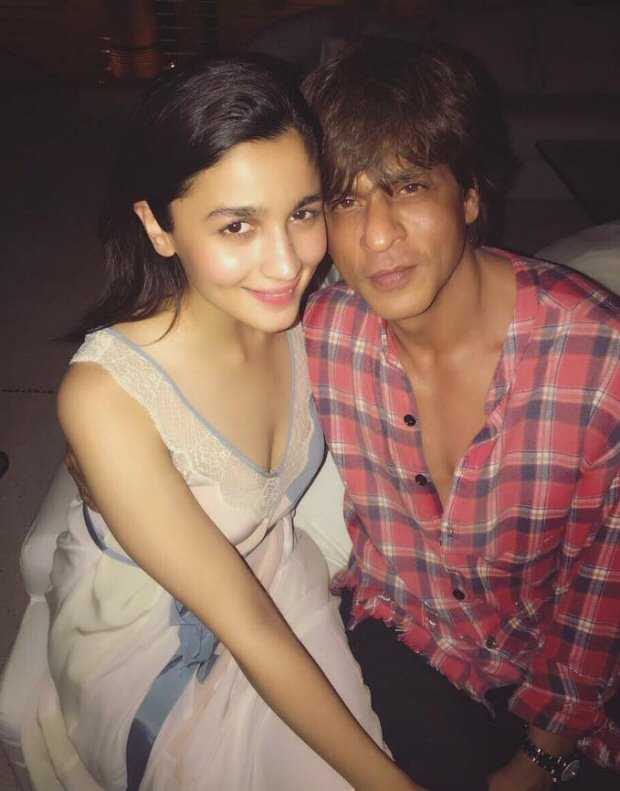 There was a Dear Zindagi reunion between Alia Bhatt and Shah Rukh Khan last night. Alia shared the most adorable photograph with SRK and wrote, "happy birthday SR." 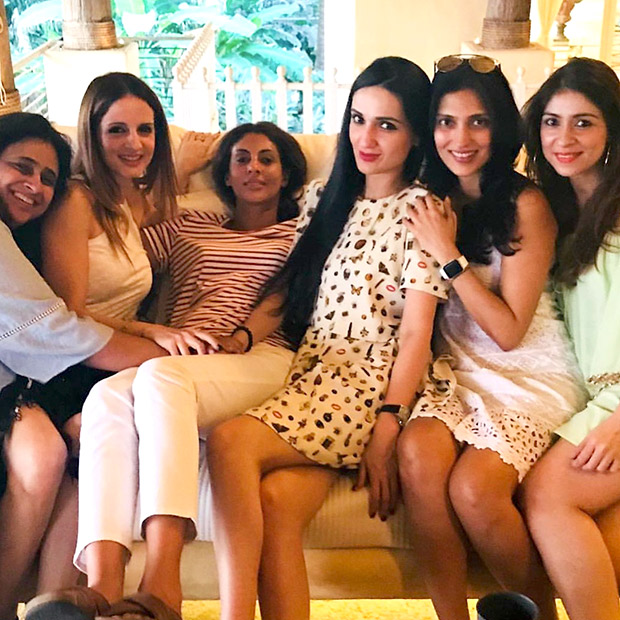 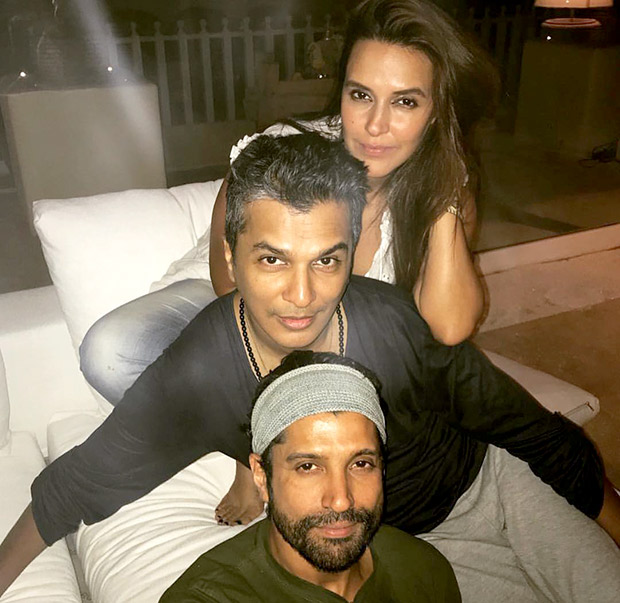 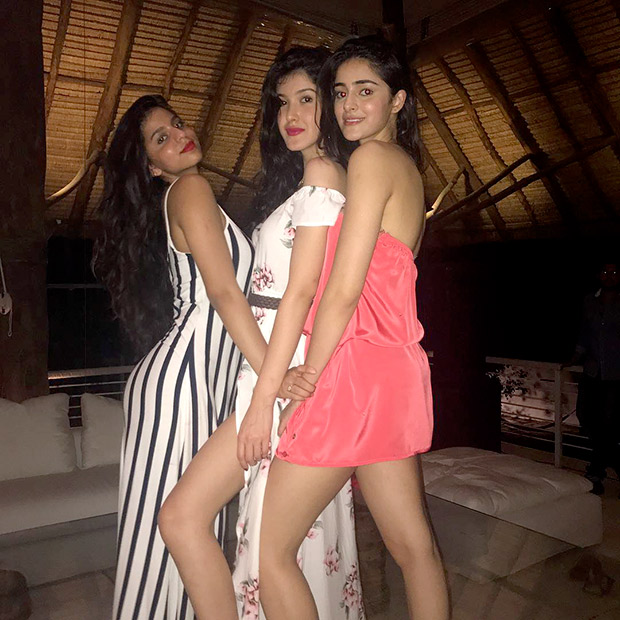 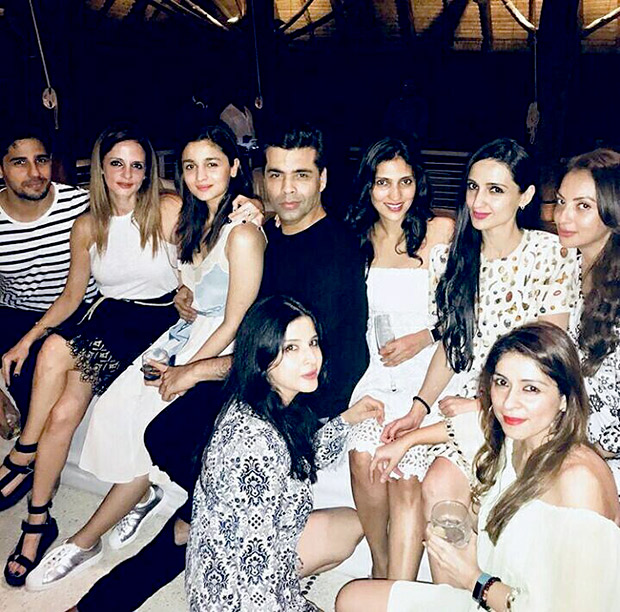