This Saturday's explosive episode of Weekend Ka Vaar on Bigg Boss 15 witnessed host Salman Khan schooling contestants for their unruly and aggressive behaviors about the week that went by. While Salman Khan gave a lesson to all the housemates for not controlling their temper and resorting to violence to generate “content”, he came down harshly on singer Afsana Khan for her comments and actions in the last few days. 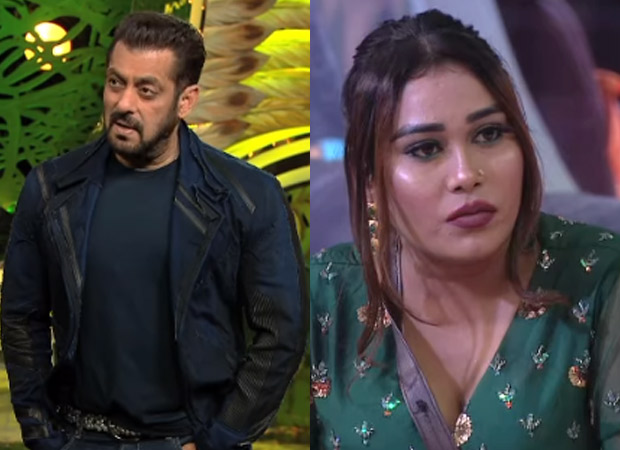 Following a task, Afsana picked up a fight with Shamita. She not only made ageist comments against the actress but also used offensive words against her. She also was seen body shaming Shamita during the fight that was aired on Saturday.

Not only Shamita, Afsana Khan was also seen cursing housemate Vishal Kotian and wishing him death, which then led to housemates getting enraged and asking her to keep quiet. Addressing the issue, Salman Khan sarcastically called Afsana Khan “superstar of the season” and said, “I'll tell you what all you have said- Shamita is old. It's time for her to sit at home. She is cheap.' Will you decide who is cheap?"

Salman Khan also said that Afsana Khan has a pattern of behaviour as part of which she makes problematic statements and then proceeds to hurt herself. Salman also added that he would have removed her from the Bigg Boss 15 house if he had a choice. The episode, however, ended with Salman Khan cheering her up after Afsana Khan broke down in tears. He and other contestants explained to Afsana that they were all trying to help her.