This Weekend Ka Vaar episode of popular reality TV show Bigg Boss 15 witnessed host Salman Khan heavily criticizing the house for their week’s performance, reminding them that they are being watched by the audience at the national level. This week there were no eliminations and the guests who arrived on set included Farah Khan and YouTuber Bhuvan Bam. The pair Miesha Iyer, and Ieshaan Sehgaal made their relationship official. 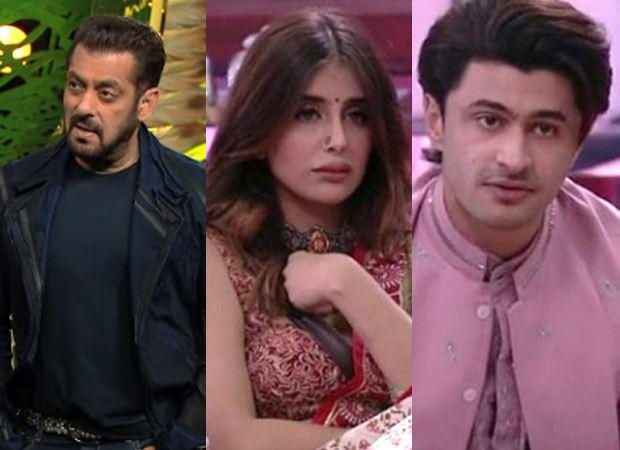 Salman Khan schooled the contestants for their unruly, aggressive behavior and violent tendencies. Salman also added that the kind of ‘fake entertainment’ is not appreciated by the show’s audience. Coming to Miesha Iyer, Salman told her not to smoke anywhere and everywhere as a smoke room is already provided to them.

Referring to Jay Bhanusali’s aggressive behavior, he reminded him that he has a daughter who might watch this footage later in her life and form a bad impression of her father. Pointing to the hypocrisy of the members, he said that when Jay used cuss words, all the housemates lashed out but when Miesha Iyer did the same, the reaction was not similar.

He also asked her and Ieshaan Sehgaal to control their PDA in front of the camera. Salman Khan also addressed the ageist and homophobic comments that Afsana Khan made to Shamita Shetty and Vishal Kotian.

Meanwhile, Salman Khan praised Pratik Sehajpal for the improvement in his behavior. Bigg Boss 15 is being aired on ColorsTV at 10:30 pm on weekdays and at 9pm on weekends.