Rani Mukerji recently visited the sets of Bigg Boss 15 to promote her film Bunty Aur Babli where fans got to see Salman and Rani in the same frame, romancing and dancing just like old days. Rani wore an original green saree of designer Masaba Gupta in which she looked stunning while Salman Khan was suited at his best, just like in every other weekend ka var. 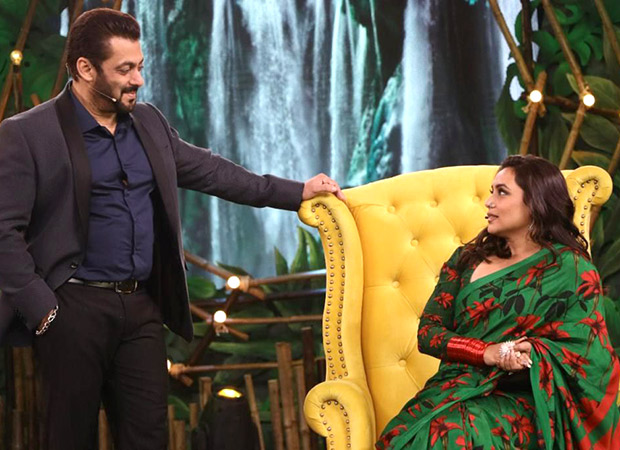 When Rani stepped into the show, she informed Salman Khan that since Saif Ali Khan won't be attending today, he will have to play her Bunty, to which Salman instantly agreed. Our original Babli further continued teasing Salman as she asked him about the child he was about to be the father of. To which Salman went speechless and later said that the child is on the way, jokingly. Listening to Salman’s comedy, Rani bursts into laughter.

Later Salman sweetly says that he will become a father when he has to maintain 6 feet distance. Rani couldn't control her laugh and was in splits. In continuation to this, Rani funnily sympathized with her TV Bunty Salman Khan and said ‘Aw bunty’ and the superstar replied ‘Aw Bubli’

The episode was so fun to watch as the audience got to see their favorite Jodi on a stage again.

On the work front, Salman Khan’s Antim: The Final Truth was released this Friday which starred Ayush Sharma and Mahima Makwana alongside him.

Also Read: Rani Mukerji reveals she was afraid of falling in love with Aamir Khan