Last Updated 07.12.2021 | 12:30 PM IST
feedback language
follow us on
Bollywood Hungama » News » Bollywood Features News » Bigg Boss 15: “You daughter will be proud of you”, says Shamita Shetty as she and others try to convince Jay Bhanushali to give up the money thought

In the recent episode of Bigg Boss 15, housemates prize money is at stake as he had announced that Rs 5 lakh will be deducted from the prize money to win ‘access all area’ ticket. However, the first round goes disqualified. 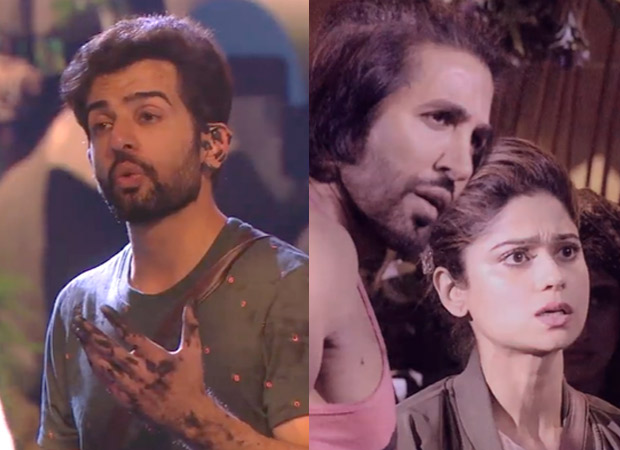 Then in the next two rounds, Bigg Boss increases the amount to Rs. 7 lakh and Rs 8 lakh. The housemates come to an agreement that whoever is winning the ticket will have to pay and fill the deducted amount from their own pockets.

Tejasswi Prakash and Karan Kundrra decide to give Rs. 3.5 lakh each from their pocket to the winning person. Karan says, ‘I am willing to give the amount even that winner is deserving.’ Tejasswi also agrees with him and they become the first pair to win the tickets and enter the main house.

Next, Shamita Shetty and Vishal Kotian decide to play for Rs. 8 lakh and agree to pay up Rs. 4 lakh each. Shamita thinks that they will earn the amount by the number of weeks they stay in the house.

Giving this same logic, Shamita tries to convince Jay to play in the next round and enter the house. However, Jay says, “The amount is a big amount for me. This past year has made me value money and it is against my principal to see money getting deducted from the winner’s prize money – whoever the winner might be.” Jay further says, “I can even give up Tara’s dress, if I was asked to. But I can’t let money go.”

Shamita tells her, “But I am sure Bigg Boss will give a chance to win the amount back and also you will earn it with your weekly stay.”

Later, Tejasswi also adds, “I absolutely agree with your decision Jay. But just think of the fact that Bigg Boss said the jungle area will get dismantled. So you will have to find a way to enter the house.”

Shamita tells Jay to think about it and that his daughter will only be proud of him. But Jay is still unable to come to a decision.

In the second day’s task, Bigg Boss raises the deduction amount to Rs. 10 lakh and this further shocks everyone.

Anupam Kher is ‘Happy and Humbled’ about…

Arjun Kapoor shares a peek of the romantic…