A week ago, the team of Bhool Bhulaiyaa 2 headed to Jaipur to kick-start the schedule. Kartik Aaryan and Kiara Advani were seen filming a romantic song earlier this week. The actor has been sharing some behind the scenes shenanigans and keeping the fans updated about his filming life. 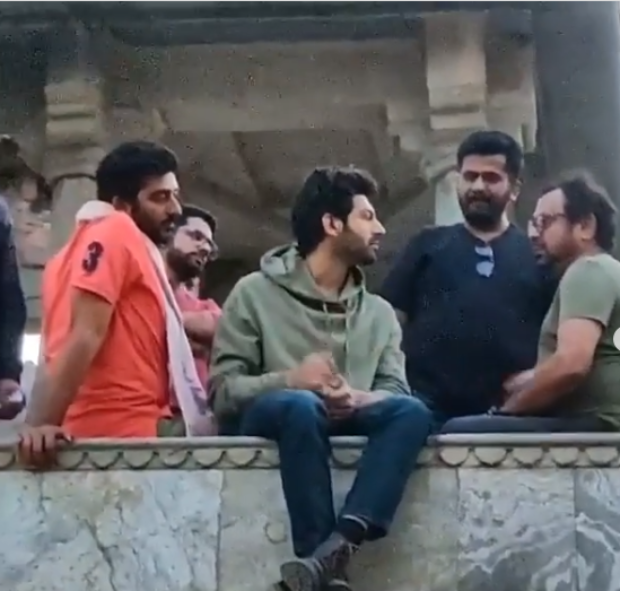 Multiple leaked videos have surfaced online of Kartik Aaryan chilling on the sets of the film. In one of the videos, he was seen sharing a laugh with the director Anees Bazmee as the team was setting up the scene.

In another video, Kartik Aaryan was driving an autorickshaw and surrounded by a crowd! Dressed in a green hoodie, the actor was smiling and enjoying while driving the auto.

Meanwhile, Kartik Aaryan will be seen in two films this year - Bhool Bhulaiyaa 2 and Dostana 2. The upcoming film is produced by Bhushan Kumar, Murad Khetani and Krishan Kumar under the banner of T-Series and Cine1 Studios.

Directed by Anees Bazmee and starring Kartik Aaryan, the film is written by Farhad Samji and Aakash Kaushik. Bhool Bhulaiyaa 2 is scheduled to release on July 31st, 2020.