The much awaited Eid release of Salman Khan, Bharat released a day ago and many from the industry lauded the film. The film, for the first time, will feature superstar Salman Khan in over seven different avatars as it spans the life of a man named Bharat. After releasing the looks of the actor, the makers unveiled the trailer a day ago on all platforms including social media. And netizens, who caught hold of the same, were seen having a gala time sharing memes and trolling the film that also stars Katrina Kaif. 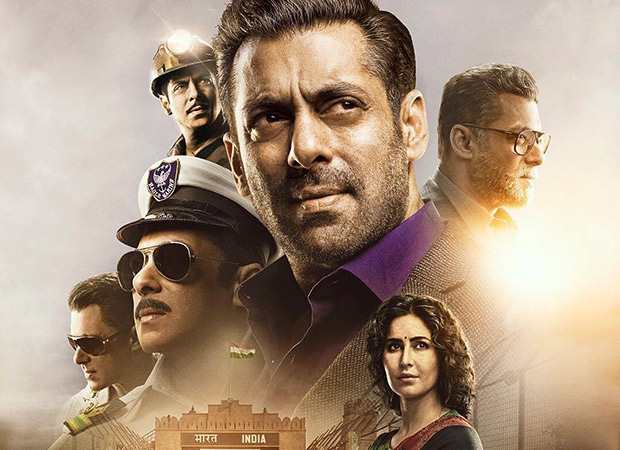 The trailer of Bharat received a warm welcome from industry insiders and Bhai fans who are more than happy to see their favourite idol in the larger-than-life character. While powerful dialogues are considered to be one of the popular elements in a Salman Khan film, the internet decided to use some of it for its hilarious memes. Amongst them was the Katrina Kaif dialogue, ‘Itni bhaari gyan ki zarurat nahi hai’. Here is a glimpse of some of the trolls that have surfaced online after the trailer release:

#BharatTrailer showcases #SalmanKhan in his various avatars- circus artiste, mine worker and navy officer. While he has worked hard on getting his looks right....
Katrina: "Itne bhari gyan ki zaroorat nahin hai" pic.twitter.com/p61QAn2DBs

Food blogger Friend: I ate crispy fried bread with a dollop of butter and mashed potato curry with mint

If versatility has a face #BharatTrailer #Dabangg3

#BharatTrailer
When someone applies for a job in HR department , and starts talking about skills and achievements
Interviewer : pic.twitter.com/dqPCdm0CA8

Why salman is doing 5 different roles when he can't act in a single role?? #AskTeamBharat #Bharat #BharatTrailer @BeingSalmanKhan

Directed by Ali Abbas Zafar, Bharat is inspired from the Korean drama Ode To My Father and it also stars Disha Patani, Jackie Shroff, Tabu amongst others in pivotal roles. It is expected to release on June 5 during the occasion of Eid.