Salman Khan and Katrina Kaif gave fans enough fodder recently with their sizzling off screen chemistry while shooting the second schedule of much awaited film Bharat in Malta. The makers could not help but post their pics online. Aside from this, Salman’s mom Salma and sister Alvira Khan Agnihotri too visited the sets and therefore it was a total FAM JAM scene for Salman and the crew! After pampering his mommy and sister, Salman put out multiple posts claiming how wonderful it is to spend time with loved ones while working. Not just this, Salman’s co-star Katrina who is extremely close to the Khandaan was seen spending a lot of time with her ex-boyfriend’s mom and sister. 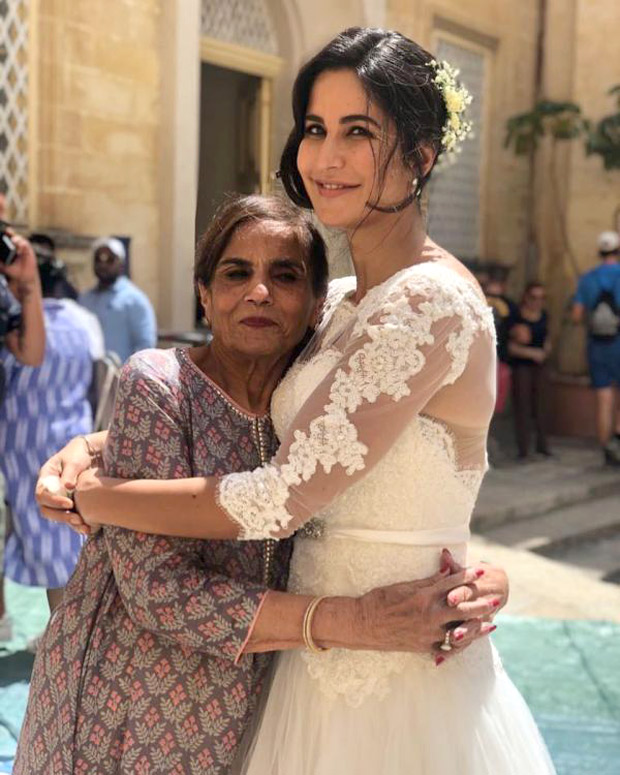 The internet was quick to comment on this ‘saas-bahu’ Jodi and well, Arpita promptly deleted the pic. Check out the screenshot below.

Bharat is a remake of Korean film Ode To My Father and is directed by Ali Abbas Zafar. It stars Tabu, Nora Fatehi, Disha Patani in important roles along with Salman and Katrina. The film garnered lot of publicity after its leading lady Priyanka Chopra walked out of it citing the reason of her engagement with Nick Jonas. Almost immediately, Katrina was roped in to star opposite her all time favourite co-star Salman Khan, making it a win win situation for all!