Sonakshi Sinha, who is currently seen in Happy Phirr Bhag Jayegi, recently made a cameo in Yamla Pagla Deewana Phir Se song 'Rafta Rafta' which also features Salman Khan, Dharmendra, Rekha, Sunny Deol, Bobby Deol and Shatrughan Sinha. The actress is now set to feature in yet another recreation in Indra Kumar's directorial, Total Dhamaal. It was announced last week that Sonakshi will be dancing to the tunes of the song 'Mungda' which was picturised by legendary Helen. 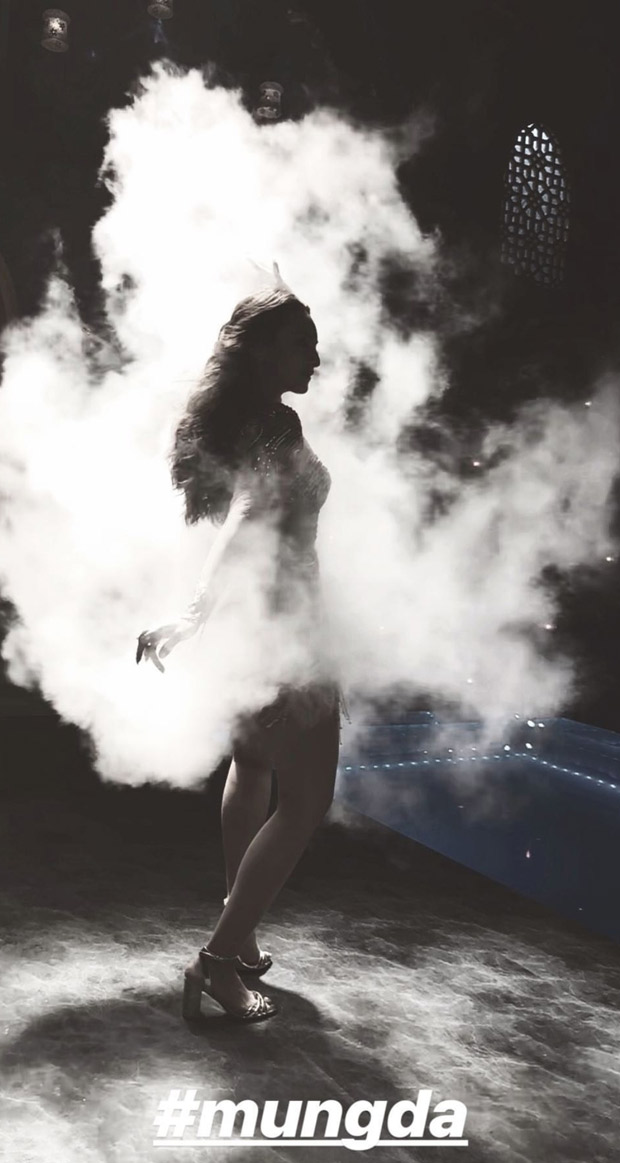 While the film is releasing in December this year, it seems like Sonakshi Sinha has begun shooting for the song. On Sunday, she was seen rehearsing for the song before shooting it today. Sonakshi shared a glimpse of the song on her Instagram story on Monday. The black and white features Sonakshi in a dance pose whilst surrounded by smoke. From the looks of it, she is wearing a shimmery dress for the song. The song will go on for four days and has been choreographed by Adil Shaikh.

Ajay Devgn will enter midway through, so the song will be a duet towards the end. Sonakshi is happy to reunite with Ajay with whom she was paired in Son of Sardaar.

Earlier, an excited Sonakshi shared, “Indraji was sure that he wanted only me for it. When I heard it for the first time, my instant response was, ‘I want to do this!’ It has the potential of becoming a chartbuster again. They are shooting it on a lavish scale, making everything largerthan-life, and I would love to be a part of that vision!”